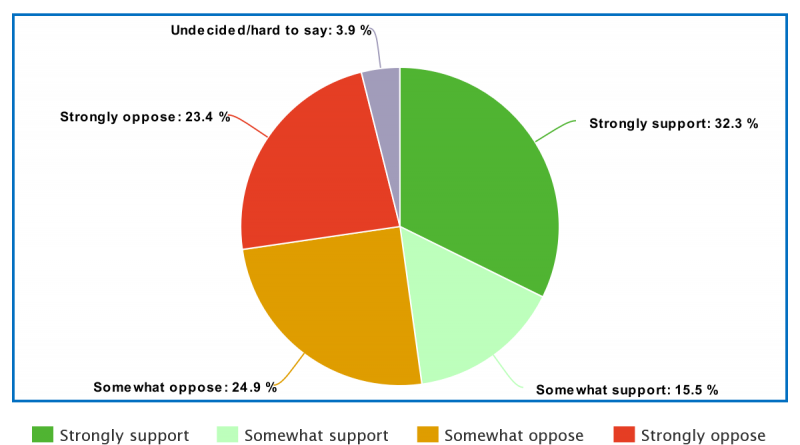 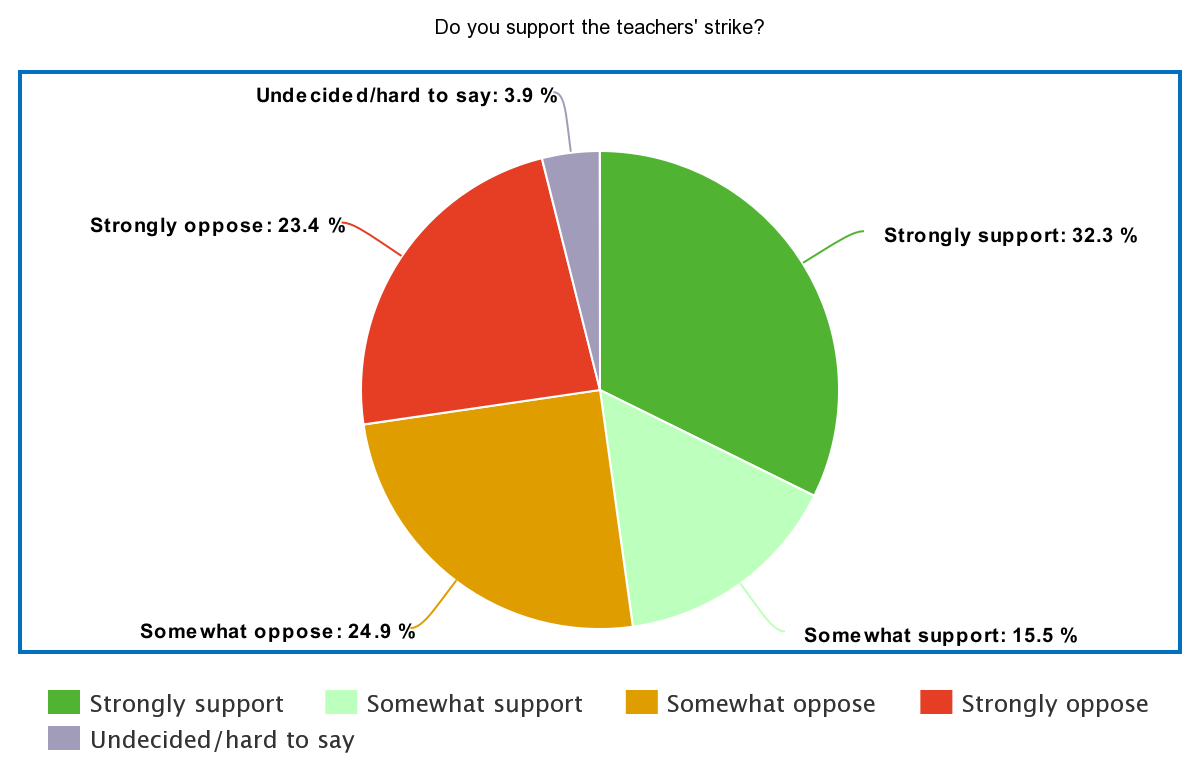 As a strike of nearly all Polish teacher continues almost a month without a resolution in sight, Poles are nearly evenly split in whether or not they support it.

A poll taken by IBRIS (Instytut Badań Rynkowych i Społecznych/Institute for Market and Social Research) found that 47.8% of respondents more or less support the strike, while 48.3 oppose it.

ZNP, the largest teacher’s union, is on strike along with teachers from the Trade Union Forum (FZZ) and some from Solidarity. Their main goal is an increase in teacher salaries from the government, although some would also like career paths and training to be shortened. You can read more about the background here.

2 thoughts on “Poles divided in support for teachers’ strike”