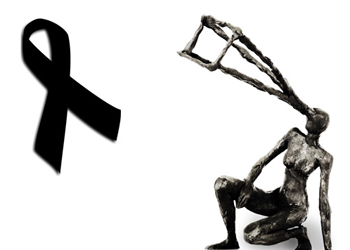 Following the declaration of a week of national mourning and plans for the presidential funeral to be held in Krakow, the Off Plus Camera organisers have decided to postpone festival events on the 16th, 17th and 18th of April.

“We remain in shock due to this painful and unbelievable tragedy which took the lives of most of the key people in Poland’s government,” said a spokesperson for the festival.

The much awaited premiere of Neil Jordan’s feature film Ondine, in the presence of the director and actors Colin Farrell and Alicja Bachleda-Curuś, has been cancelled. Ondine will probably debut at Tribeca Film Festival in New York at the end of the month

“I was shocked and deeply saddened to hear the news on Saturday. I would like to offer our deepest condolences to all at the festival and in Poland and know that we are thinking of you at this very difficult time,” wrote Jordan in a message addressed to festival organisers.

For the same reason, the debut screening of Life During Wartime, directed by American indie filmmaker Todd Solontz, scheduled for 18 April, has been called off.

Aside from Neil Jordan and the two starring actors from Ondine, the remaining international guests announced by organizers, including film directors Kabir Khan, Jane Campion, Thomas Vinterberg and Mike Figgis, are all confirmed.

Competing this year for the Krakow Film Prize worth 100,000 dollars are twelve films. The festival program includes special sections dedicated to the Pusan Film Festival, and contemporary films from India and Scandinavia.

Off Plus Camera programmers have also selected five films from Sundance 2010, as well as five productions developed through the Sundance Lab projects.

In a new competition called “Take It and Make It”, the organisers raffled off a prize of three thousand dollars for the best film shot using a mobile phone.

Off Plus Camera Festival will take place from 19 to 25 May in several of Krakow’s cinemas, presenting a selection of around 100 indie and arthouse films from all over the world.