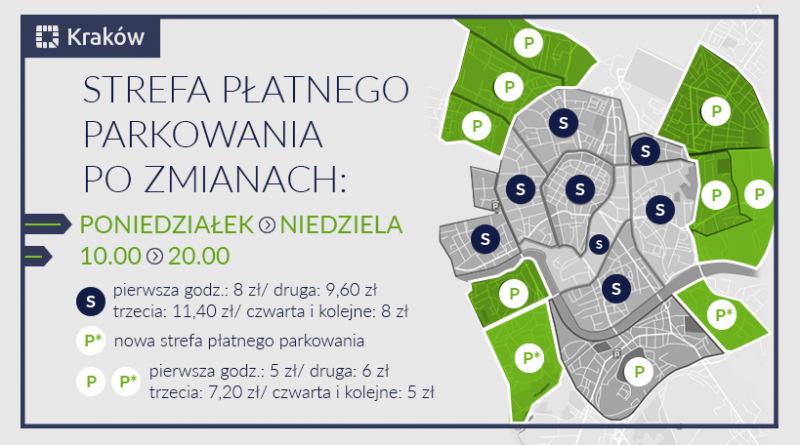 Krakow’s transport authorities have proposed raising parking prices near the city center in order to discourage driving there.

The potential new scheme would see current rates in the center increase to 8 PLN for the first hour, 9.60 for the second, 11.40 for the third, and 8 for each hour there out. It would also expand coverage to Saturdays and Sundays and add new areas of the city in response (the city says) to residents complaining of too much parking in growing districts like Zabłocie.

Planning officials emphasize that parking rates have not changed since 2001, thus adjusted for inflation they are relatively quite low now compared to then and not competitive with public transport costs.