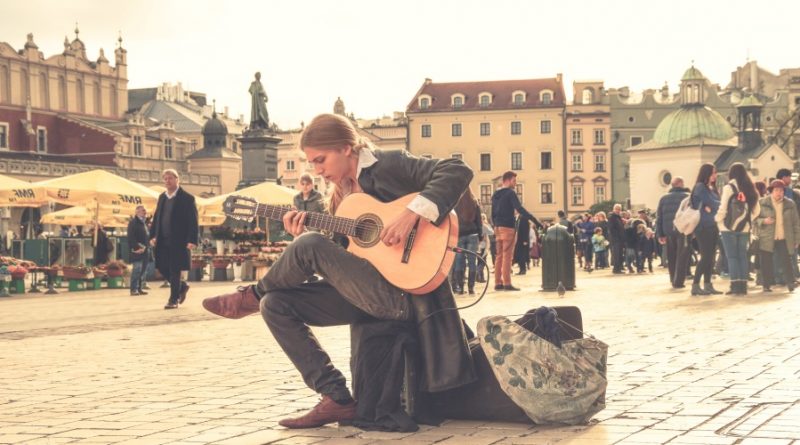 A Krakow street musician is fighting to be allowed to use a small amplifier in his performances, Radio Krakow reports (in Polish).

The busker, Bartek Postupalski, was given a 50-PLN fine by municipal guards for playing on Krakow’s Main Square with the aid of a 7-watt speaker. However, he has challenged the penalty, saying that the speaker is too small to be disruptive or (as supporters of the fine fear) damage Krakow’s historical architecture.

At the heart of the issue is a law forbidding the use of “urządzenia nagłaśniające” (which could be translated as “sound equipment”). Postupalski and other street performers argue that this term is vague and should not include such low-powered devices, especially since naturally louder instruments (such as trumpets) are allowed.

A hearing before a judge is scheduled for 10 April.