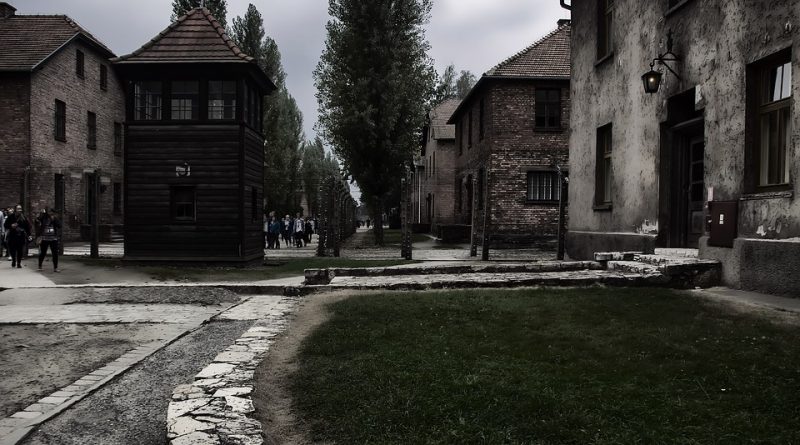 A group of Polish ultra-nationalists gathered at the Auschwitz-Birkenau Nazi concentration camp on the 74th anniversary of its liberation by Soviet military forces.

Sources variously number the size of the gathering between 70 and 200, holding Polish flags and chanting nationalist slogans.

Organizers criticized the media for what they view as an unfair portrayal of a patriotic event which should be uncontroversial. One of the events leaders, Piotr Rybak, was previously imprisoned for burning a Jewish effigy in Wrocław, and last year visited Auschwitz to publicly deny the historical consensus the Holocaust.

The Nazis killed around a million Jews along with 150,000 non-Polish Jews at Auschwitz.

There were also four counter-protesters waving flags of Israel and the European Union, chanting “Fascism stop!”

Separately at the concentration camp, there was a memorial for the 74th anniversary of the liberation.

The organizers of the ultra-right demonstration – unprecedented at Auschwitz – promised to return next year.