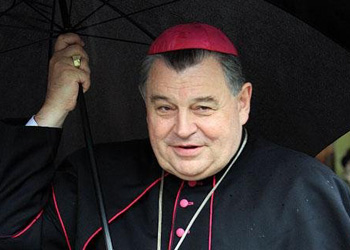 As the Catholic Church’s top officials in Rome struggle to cope with the ongoing sex abuse scandal in Europe, church leadership in the Czech Republic is proving equally inept at responding to growing public outrage.

Dominik Duka, who will take over as the archbishop of Prague in April, asserted the Irish end of the scandal is being driven by militant atheism that aims to harm the financial solvency of the church.

“It is a clear campaign that aims at pushing the church from its position in upbringing and education that it has held from time immemorial and in which it has proved itself,” he wrote in a pastoral letter March 22…