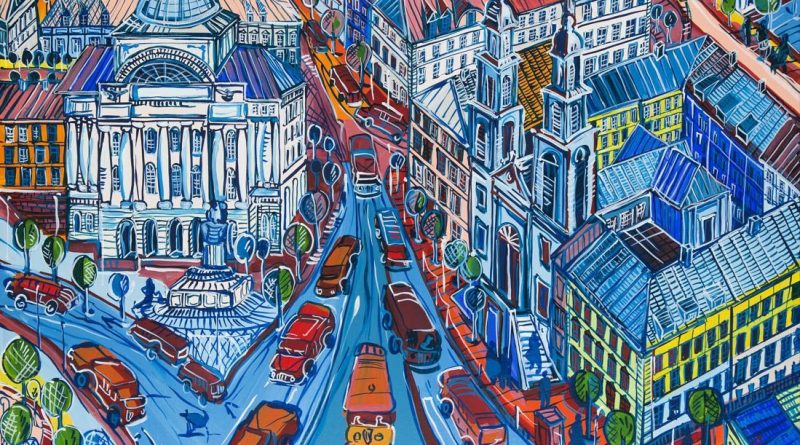 Influential contemporary Polish painter and graphic designer Edward Dwurnik has died at his home at the age of 75, Polish media is reporting.

Born during the Nazi occupation in 1943 in Radzymin, Dwurnik attended the Academy of Fine Arts in nearby Warsaw. He was inspired by French expressionist artist Bernard Buffet and  Lemko naïve painter Nikifor, as well as by the 1968 Polish political crisis which saw students and intellectuals protest against the communist government at the same time as the Prague Spring.

Dwurnik would go on to paint over 5,000 works, many of them depicting European cities, such as the one above. He won many prestigious honors,  such as the Nouvelle Biennale de Paris, the Seoul Art Olympics Award, and the Contemporary Art Foundation Award. His style became recognizable in Poland and around the world, and he was active until shortly before his death.

Dwurnik’s daughter Pola is also a painter, cartoonist, and illustrator working in Warsaw and Berlin.