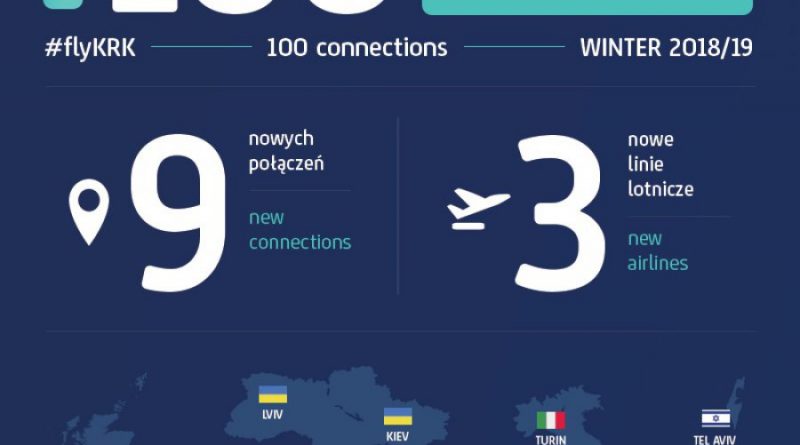 The additions are packaged as part of #PROSTOzKRAKOWA (straight from Krakow). This means the airport will offer 100 routes by 20 carriers, covering 85 airports in 27 countries on four continents