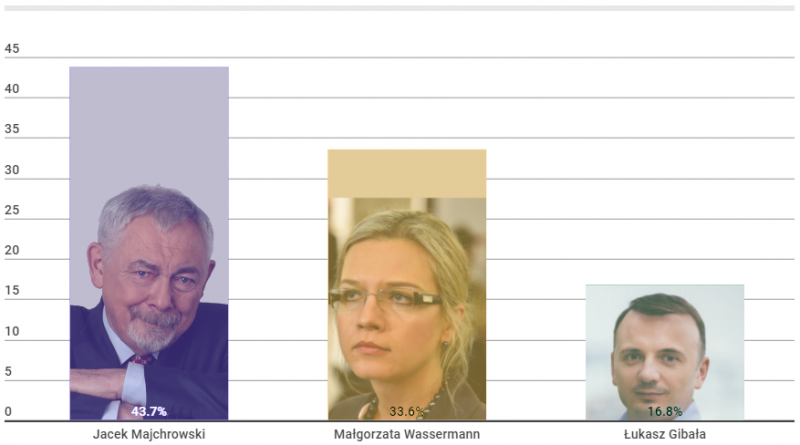 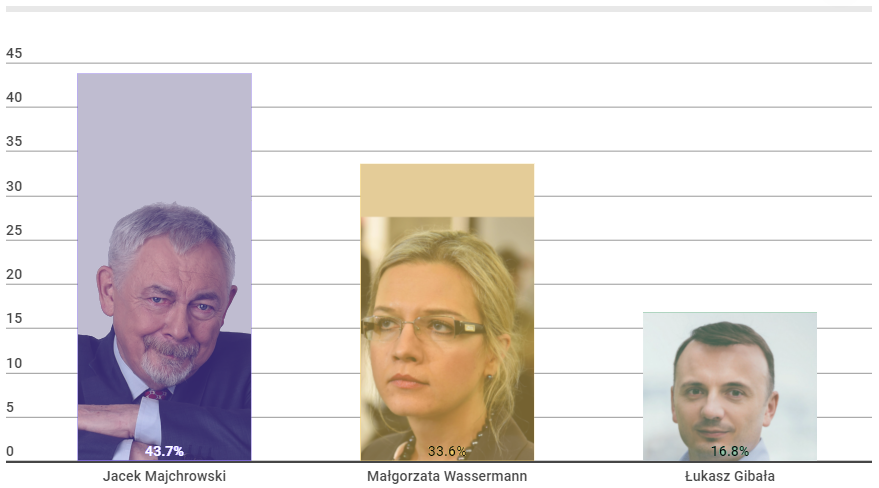 Exit polling data strongly indicates that after the first round of local elections in Krakow, incumbent mayor Jacek Majchrowski and challenger Małgorzata Wassermann will now face each other to head the city’s government for the next five years.

According the the data, which was collected by TVN, Polsat, and Telewizja Polska, Majchrowski won 43.7% of the vote – 10.1% over Wassermann’s 33.6%. In third place was Łukasz Gibała, with 16.1%. Voter turnout in Krakow was about 42.13%, slightly higher than the national average.

The results are largely in line with predictions made by polling in a relatively uneventful election.

Majchrowski, while technically independent, is supported by a coalition of center-right to center-left political parties known as Obywatelski Krakow (which includes Civic Platform/PO, Modern, SLD, and PSL), united mainly in their opposition to the nationalist right Law and Justice (PiS) party – which controls the national government and nominated Wassermann.

Gibała’s fairly strong showing, though, makes it likely that some of his favored candidates will have a seat on the city council – which means that that the exclusive rule of Majchrowski backers and PiS will be broken, and either party will likely have to negotiate with Gibała’s faction in the future.

It also means that Majchrowski and Wassermann will spend the next two weeks trying to appeal to Gibała’s voters, as well as to those who supported other candidates or who did not vote.

The next round of voting will take place in two weeks, on Sunday, 4 November.

2 thoughts on “Krakow elections 2018: Majchrowski, Wassermann advance to second round”