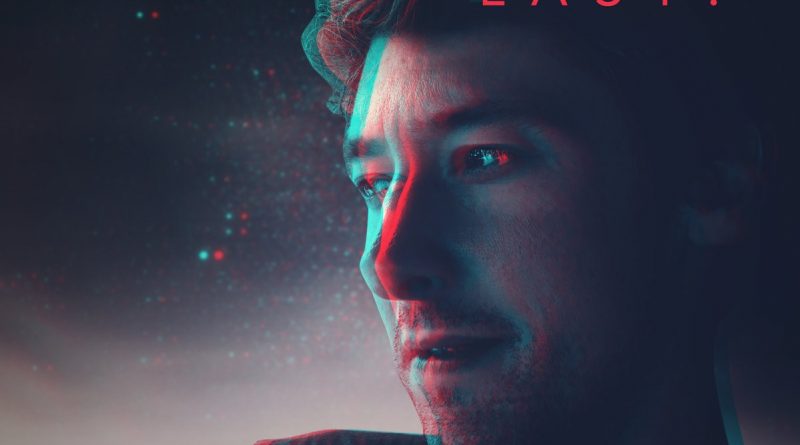 This Friday, my good friend Karl Culley is performing his supposedly final gig in Krakow. “Ambivalent” would be an understatement for how I feel. I feel – am made to feel, by his ever-inspired fingerstyle acoustic guitar and poetry on his recent, appropriately-titled fifth album, Last! – at the boundary of two worlds. In purgatory, perhaps, between glimpses of heaven and hell. Or simply alive as a person is, earthbound and alone, on soil under stars, at the way station between past and future, home and unknown.

It makes sense: Karl is moving on from music after nearly a decade since his 2009 solo debut album, Bundle of Nerves. Released last month exclusively online through Bandcamp, Last! is saturated with contradictions and opposites that seem to define this liminal space: The devil makes an appearance, but in a “damn fine suit” (track 9), while Christ comes in visions “covered in spice” (track 17). The same shoes are slipped on for one’s wedding and funeral (track 7). There are equally tender love songs for the birth of a daughter and the death of a cousin (tracks 12 and 18); a tune called “Perfection” and another called “Mistakes” (1 and 5). “Just being alive hurts so much, and looking into your eyes hurts so much,” Karl sings in the 10th track – yet it’s surprisingly up-tempo, for this is also an album of energy and life. “My problem has been, I like a good storm,” he confesses in track 4. “…Listen to me howl: Awooooooooo!”

At other times, and with equal reason, Last! feels dire and apocalyptic. “I raise my hands up to my eyes like firebrands,” Karl sings on track 15, and in track 4: “Everything will be, in time, consumed by fire. But the fires sound like a record spinning around and around in rings.” This record doesn’t feel like the Book of Revelations, though. Karl’s music has always welcomed listeners into a near and personal embrace – a lone guitar and an elegant but warmly rich and human voice, with lyrics that manage to be poetic and relatable at the same time. Here this is truer than ever, as we feel inches away from a man looking back, forward, inward, and at the sky as he contemplates moving on from the music which has shaped much of his life and public persona for the better part of a decade. 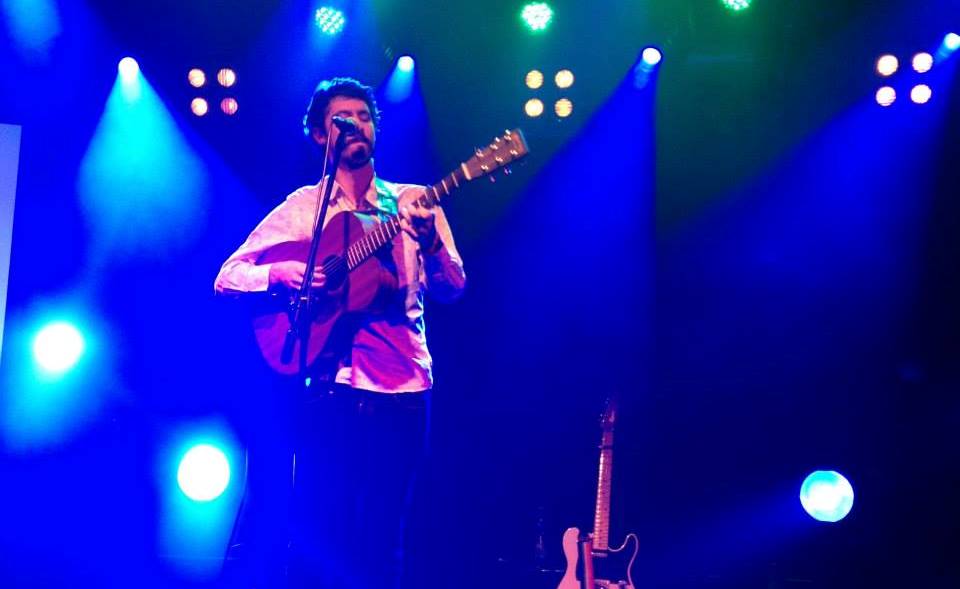 If you are reading this, there is a good chance that you are moving on too – as few charms have colored the weird and wonderful subset of Krakow’s creatively-inclined Anglophone community over the past era than Karl’s gigs (in which he often lent generous support to fantastic but locally lesser-known musical acts, such as Keeper of Bees tomorrow). At these intimate performances, this solitary lanky fellow – bathed in the blue light of cozy local haunts, about to perform magic – often half-joked about trying to achieve a mythical perfect level of inebriation which would still nerves without dulling them: just the right amount of madness; another middle-world sought. We lived there too, for a spell, summoned from the darkness of the audience into the blue, into the blues, by a voice. “Shangri-La, lalalalalalala” (track 20): The magical world dissolves into music.

Perhaps it is too easy, though, to romanticize what Karl does. What Karl did. Because art, though it may feel like magic to the audience, is not a spell, and Karl (to my knowledge) has not struck deals with any supernatural entities. Once, after witnessing a literal magician perform in Krakow (and after I tipped him – a few coins; magic comes cheap these days, it seems), I asked him with a rare purity of awe how he had attained his talents. I should have expected his answer: “I practice for six hours every day.”

“Reality,” Karl sings on track 15, “is like the sun: It’s not possible to look for long.” And the reality at hand is that the musician is an immigrant from north England’s Harrogate who has studied and practiced a lonely craft for years with coarsened fingers, picking his way forward – and for what? It has been a source of constant frustration for me personally to see the relative dearth of mainstream recognition and compensation his decade of talent and effort have been rewarded with compared to much less deserving music on the radio, so I can only imagine how vexing it must be for him at times. We want to believe that artists create work out of love – and in large part I believe Karl does – but, as a writer myself, I say from experience that it can be exhausting and discouraging to labor for hours to transform that love into a tangible form – in what is ultimately an attempt at communication – only for the intended receivers to misunderstand, underappreciate, or (worst of all) ignore it. “All I need is someone to talk sweetly to,” Karl pleads on track 8 – likely to someone in his personal life and not a random music fan, but it raises the question nevertheless: What happens when it feels like no one is listening?

Yet I believe it would also be a misunderstanding to interpret the finality of this album and gig as any sort of defeat or bitter withdrawal. The 21 newly recorded songs showcase Karl’s musical and lyrical talents at their sharpest – were he a tennis player, you could say he left it all on the court. (Karl has lamented that critics and other listeners focus too much on his guitar-picking ability, but it must be admitted that it is masterful – on display in its full glory here, and even more impressive in person.) And in my private conversations with Karl, he speaks of the end of his musical career (or this phase of it) brightly with an easy smile, like a man from whom a heavy burden has been lifted. A recurring theme on the album seems to be gazing out of windows or at the sky with a sense of foreboding of a fearsome power approaching. Yet maybe after the “sensing, tensing” lightning and infinite suns (tracks 4 and 3); the “wheeling kite of desire” and the “hawks of doom” (tracks 15 and 21), and the dry, warm “Foehn wind blowing through [his] head” from the top of the mountains (track 6), what finally falls from the sky is mercy – which, as Shakespeare wrote in The Merchant of Venice, “droppeth as the gentle rain from heaven.” Thus the exclamation mark in Last! is not an accident or a wail, but an exuberant sigh of relief.

After all, Karl is not going anywhere. The only other time I’ve written such a personal piece for The Krakow Post was after the sad death of my friend and our music columnist, Dewey Gurall, late last year. (Truth be told, I’m no music critic and I wish Dewey were here to help with this clumsy attempt at a tribute.) But Karl is very much alive, and it is my deep and sincere hope that this essay is not an obituary. On the contrary, he has spoken to me mysteriously of new, different creative projects of his blooming behind the scenes. So then, perhaps it is the Shakespeare quotation which is actually referenced on the album (track 19), the St. Crispin’s Day speech of King Henry V, that is the most appropriate invocation of the Bard: going forth merrily with friends into an adventure of uncertain outcome; a future of challenge and possibility. “But he’ll remember, with advantages, / What feats he did that day.”

Karl Culley’s last gig (“anywhere, ever!”) will be Friday, 12 October, 20:00 at Klub Re in Krakow. You can buy tickets here. Last! can be listened to/purchased on Bandcamp, and Karl’s four other albums can be found on his site.