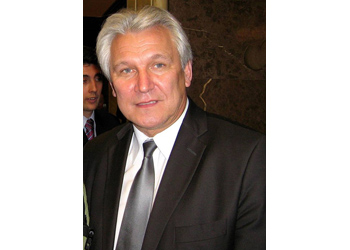 Wisła Krakow announced in a shocker Monday evening that the club would not be led by the German Klaus Kiński look-alike Winfried Schaefer after all, but by their own former manager Henryk Kasperczak, who left the club almost six years ago in acrimonious exit, having been suspended from the club and prevented from working in any club for several months.

Kasperczak led Wisła to two polish championships and took them to the eighth-final of the UEFA cup. His experience also includes stints as the head coach of the Ivory Coast and Tunisian national teams and of a number of French clubs. After leaving Wisła he coached Senegal, then spent about a year at the helm of Poland’s Górnik Zabrze after their relegation to the first league. As recently as February his name was being circulated as the possible manager for Nigeria for their World Cup campaign.

Maciej Skorża announced his resignation as Wisła manager on Monday morning, followed by the sensational announcement in the early evening that the 64-year-old Kasperczak would be rejoining the team as head coach. The Polish sporting press has been buzzing with excitement over the announcement, making much of his conflicts with owner Bogusław Cupiał, but the probable reason for the choice was one of simple economics: Kasperczak will be much less expensive than foreign candidates like Schaefer or Czech Frantisek Straka.

“Of course, Wisła has always been very close to my heart,” said Kasperczak after the announcement. “I remember some wonderful moments I lived through here, and I remember the failures. That’s how it is in our profession. Today, the most important thing for me is that I am able to work with this club as again as a manager who always felt that he left his work unfinished here.”

He added, “I would like to thank [owner Bogusław Cupiał] for giving me another chance to lead this team”.