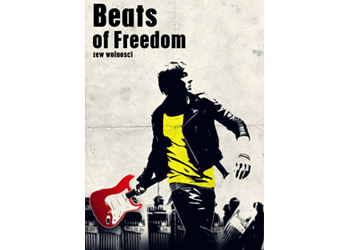 While the private premieres took place earlier this week in Krakow and Warsaw, the much talked-about documentary Beats of Freedom finally comes to a wider audience this Friday, 12 March.

The film first premiered (to great applause) in Poland at the Unsound Festival in Krakow back in October. Since then, it has received critical acclaim at several film festivals.

Directed by Leszek Gnoiński and Wojciech Słota, the film chronicles the rock movement from the 50s until the fall of communism, as narrated by acclaimed British rock journalist Chris Salewicz. The film features plenty of archival footage of some of the most iconic festivals and influential bands that worked to provide a voice for those without one under the communist regime, as well as present-day interviews with many of the musicians. Amongst the featured bands you’ll find such names as Czesław Niemen, Maanam, Brygada Kryzys, Perfect, Republika, and Lady Pank.

Beats of Freedom is playing at ARS and Kijów cinemas in Krakow.

Be sure to read our exclusive on punk and rock behind the Iron Curtain: Rock Against the Bloc.