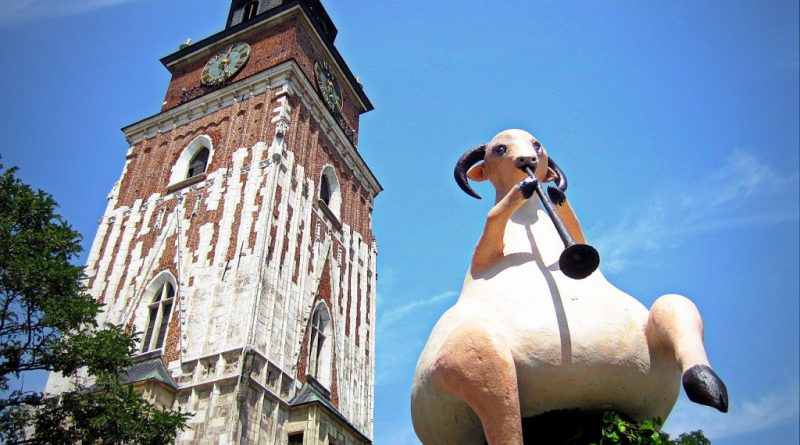 One of two iconic ‘jazz ram’ statues on Krakow’s Main Square was destroyed by vandals in the middle of the night last week, Polish-language news outlet Gazeta Krakowskareports.

The statues were created by Piwnica pod Baranami’s stage designer Sebastian Kudas several years ago in celebration of Krakow’s Summer Jazz Festival, and they have since become a summer staple of the Main Square and a popular subject of tourist photos.

As such, the rams were occasionally targets of minor vandalism, but nothing so extreme as now. According to police, six drunken people climbed the statue and violently dismantled it. “In the morning we found his head on ul. Szewska,” Festival director Witold Wnuk said. Police are questioning witnesses and reviewing surveillance footage in an attempt to find the perpetrators.

In response to the destruction, a group of artists connected with Piwnica pod Baranami have (half tongue-in-cheek) formed the Civic Night Guard of the Jazz Ram to guard the remaining statue each evening starting at 21:00 until the end of the Jazz Festival.

The dismembered ram will probably be recreated for next year. Organizers have discussed placing them higher in the future to discourage similar vandalism.