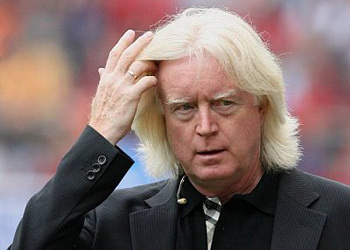 Maciej Skorża appears to have retained his job as manager of Wisła Krakow for the time being, despite failing to meet owner Bogusław Cupiał’s rumoured ultimatum to win on Friday against Arka Gdynia or face the axe. Wisła clung to first place in the top Polish league only thanks to a startling loss by second place Legia Warsaw to sixteenth-ranked Odra Wodzisław, a club that has made an otherwise nearly irrefutable case for its own relegation, with only four victories since May. Only two points separate Wisła and Legia.

On Friday, Arka opened and closed the scoring on a long-ball counter attack in the 35th minute when Dutch-Congolese striker Joël Tshibamba found himself in possession of a misplayed ball by Wisła’s Brazilian defender Marcelo, shooting from short range, then finding the rebound off of Wisła keeper Mariusz Pawlek and driving it home.

Wisła had numerous scoring chances throughout the match, but was unable to finish any of them.

Skorża may have gotten his walking papers already were it not for the intervention of economic realities. Regardless of how disgusted the club may be with him, it lacks the financial resources to pay for two trainers at once, and the field of potential replacement candidates in Wisła’s price range is slim.

There is, however, speculation that the club is eyeing the very man Skarża beat out to get the job in the first place in 2007: wild-maned 60-year-old German coach Winfried Schäfer, who led Cameroon to victory in the African Nations Cup in 2002 and more recently managed al-Ain FC in the United Arab Emirates League, which won the league under him in 2006. Other names mentioned for the job include Rafał Ulatowski, the former coach for Zagłebie Lublin.

Skorża has been close to the door at the club before. In July of 2009 he tendered his resignation after being bumped from the Champion’s League by Levadia Tallinn. Still, he is now in the unenviable position of heading a team, which enjoys strong support and leads the league and appears capable of winning on paper, but has been unable to score goals regardless of how many opportunities are handed to it.

Wisła won against Arka in their last meeting on an own goal by Arka’s Adrian Mrowiec. Arka has won only four of its 21 meetings with Wisła in the top Polish league.

Wisła will play Jagiellonia Białystok next, on Friday 12 March. at 8 pm CET.