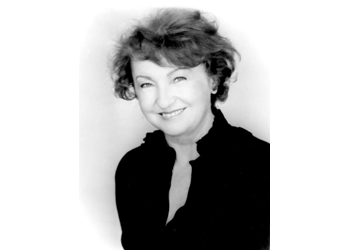 Last week, Poland lost one of its most vocal promoters in the U.S. Wanda Tomczykowska, founder and president for 38 years of The Polish Arts and Culture Foundation in San Francisco, passed away this Tuesday, 2 March 2010, in Krakow.

Mrs. Tomczykowska arrived in the United States with her husband Zygmunt and infant daughter Caria just after World War II, and originally lived on the East Coast, before moving west to California after his death. From the start she was active in the Polish community, organising dance companies and other cultural events. As PACF president, she showcased Polish history, culture, and the arts to the wider world, during a time when the voice of Poland was muffled by the Iron Curtain.

According to her obituary, it was thanks to her “gracious intentions and tenacious efforts” that she “used the now 44-year old Polish Arts and Culture Foundation as her new ‘classic car’ to drive the message of Polish Pride to a broader audience through booklets, exhibits, and cultural programs, to a more amiable and accepting country and reviving the hope of Freedom for so many defeated countrymen.”

Coming from a fiercely patriotic Polish family with a history of nearly seven centuries, Mrs. Tomczykowska was a proud Pole, whose heroes included Lech Wałęsa and Pope John Paul II. She survived the ordeal of the Second World War, which would forever shape her views in her adopted homeland of America.

She is survived by her daughter Caria, who is serving as current president of The Polish Arts and Culture Foundation, grandchildren Remy, Dariana and Sebastian Szykier, and great-granddaughters Hennessy and Lillian.

A celebration of life and memorial mass will take place in San Francisco on Saturday, 20 March at St. Ignatius Church, followed by masses in June in Warsaw and Krakow.