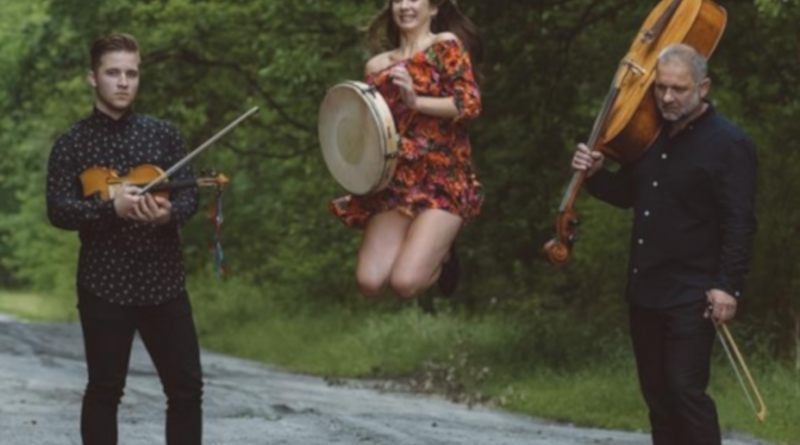 The International Cultural Centre will exhibit Deborah Cornell. Eclipse and Deluge starting on Friday, July 6th. The artist is the winner of the Grand Prix of the International Print Triennial Krakow 2015, and the works presented are created especially for the Krakow display.

The outdoor cinema BALowe Kino Plenerowe by Bulleit will screen Annie Hall by Woody Allen on Friday, July 6th and La La Land by Damien Chazelle on Saturday, July 7th. Both movies start at 21:00, but we advise getting there at least half an hour early to get a seat.

The Festival of Polish Music starts on Tuesday, July 3rd with Krzysztof Penderecki’s Polish Requiem performed in St. Catherine’s Church at 19:00. Four more concerts will be held this week in Krakow, presenting the works of renowned Polish composers such as Feliks Nowowiejski, Witold Lutosławski, Karol Szymanowski, and Wojciech Kilar.

EtnoKrakow / Crossroads is an ethno, folk, and word music festival and this year’s edition marks its 20th anniversary. The inauguration of the event will take place on Wednesday, July 4th with three concerts of Alireza Ghorbani from Iran, the Teofilović Brothers from Serbia, and Alim Qasimov with Fargana Qasimova from Azerbaijan. The festival’s calendar is full of concerts, dance nights, performances, and workshops.

The KTO Theatre organizes ULICA – The International Festival of Street Theatres in Krakow. This year’s theme is Wind from the East, in search of the importance of European culture in Asian street theatre language and the influence of traditional rites on the spectacles of countries in the east of Europe. The main focus of the event is South Korean troupes, as it will be their first appearance in the Festival since its beginning. The performances will start on Thursday, July 5th.

On Wednesday, July 4th Klub Alchemia will host a discussion with two persecuted writers: Kholoud Charaf and Sari Al Hassanat, who have come to Poland within the framework of the International Cities of Refuge Network (ICORN). The discussion will be accompanied by poetry reading, music, and a short movie screening.

The summer meeting of the SENSHINKAI Chadou Urasenke Tankoukai Association will take place on Sunday, July 8th in the Tea Pavilion next to Manggha Museum. The Association gathers students and practitioners of the traditional Japanese tea ceremony. The presentation starts at 12:00.

Spółdzielnia Ogniwo is organizing another swap of clothes and books on Saturday, July 7th.