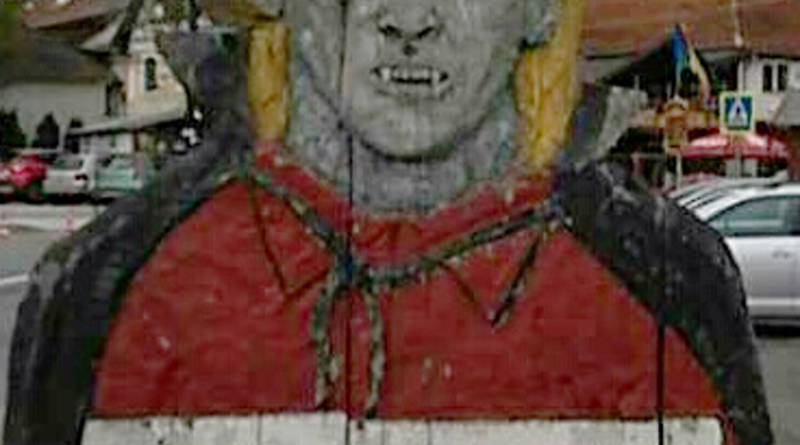 Europe is full of ghosts. Haunted by history, covered with old castles and the remains of primeval forests, abounding with legends and folk tales, it is called The Old Continent for a reason.

As someone easily enchanted by any kind of magical remnants, I was thrilled to be welcomed on a press trip that tempted us with an “Eastern European myths and haunted places” theme. It was organized by Interrail, a joint webshop of 32 European railway companies based in The Netherlands that gives travelers an opportunity to ride most European trains using an Interrail/Eurail pass (depending on what continent you are from). “Be free to explore Europe by rail!” their website encourages, offering different passes for various needs—which can, in fact, make a vagabond’s life easier by providing the flexibility and comfort of travelling unlimited distances all over the continent.

Could there be a better way of discovering all the European secrets than by taking a leisurely train ride? I thought. And by leisurely I didn’t necessarily mean shiny, clean, and comfortable. Growing up in Poland and having traveled almost solely by trains all my life, I was used to (un)expected extensions of journeys, volcano-like toilet eruptions, and other adventures Eastern European trains never failed to surprise me with. I was ready.

“Is Grandpa already back from the Land of Ghosts?” asked Pixie, the four-year-old granddaughter of one of my companions. “Oh my, I wonder what her parents must have told her about Romania,” he laughed, as we were driving around Bucharest, the Romanian capital and our journey’s starting point.

Turns out Pixie had asked a completely reasonable question. Although, it wasn’t the mist-covered Bran Castle (most commonly known as the Dracula Castle), whose chambers we knocked around on a particularly rainy day that gave me the chills; nor was it the once-in-a-lifetime experience of bear-watching in the gloomy primeval forests of Transylvania. During our 3.5-km drive through the former Victory of Socialism Boulevard, now called the Union Boulevard – “the Romanian Champs-Élysées” built in the eighties that seemed to derive inspiration from grey North Korean apartment blocks rather than charming Parisian cafés – our middle-aged, sad-eyed guide remarked, “It’d be nice to live in a place where people smile at each other.” And she smiled, clumsily.

There was not much time for smiling at about 5 am the following day, when the border patrol banged on the door to my private train compartment, asking to see my passport. The train took us from Bucharest to Budapest – a 13-hour ride that could have been nightmarish if it hadn’t been for the squeaky but surprisingly comfortable bunk bed our Interrail pass provided, bringing back memories of summer camps.

What I learned about Budapest the morning we arrived was that it hid some secret gardens we were about to discover. They resembled the ones Kazimierz is full of—little courtyards adorned with ivy and sometimes even statues hiding behind plants. The atmosphere in Budapest felt familiar for a Cracovian—a city full of history, yet modern and lively. Our Secret Gardens tour’s last stop was at a café where we had the opportunity to try The Green Gold of the Őrség, a pumpkin-seed cake that won this year’s Cake of Hungary competition. As we were munching on our sweets – a Swiss, a Belgian, two Dutchmen, two Germans, and me, a Pole—our Hungarian guide leaned over and asked, “Do you have cafés in Poland? Like this, with cakes?” And here, again, I felt the familiar ghost of the Eastern European past.

The Slovakian capital, Bratislava, was our last destination. It welcomed us not only with unexpectedly pleasant weather, but an ambience so full of magic it almost felt as if the train were just a strange time-travel vehicle. Strolling around the hills beside Devin Castle early in the morning, still silent and empty, without any sight of tourists, only goats and a Slavic woman’s statue looking at us, we listened to the story of this unusual castle built on a cliff at the confluence of the Danube and Morava rivers. Still, the distrustful and prejudiced ghost of the recent past followed us there, only to appear once again after our Slovakian guide willingly shared his views on refugees. And then explained that one of the meanings of the name Devin could be “the place of evil spirits.”

For me, this trip has once again proven that travelling is not necessarily about the places, but about the people you get to encounter on your way. And, as an Australian tourist I met in a restaurant wagon put it, “Europe is beautiful. And huge. Sometimes you don’t have the time to take an eight hour train ride from Budapest to Prague, to stare outside the window, read a book, chat someone up. But if you do have the time, well… You should.”

A version of this story originally appeared in the 121st print issue of The Krakow Post.