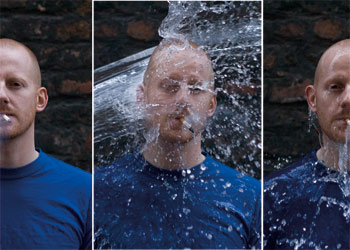 As publicans and anti-smoking campaigners battle over alleged extensions to the public ban on smoking, it’s commerce vs. health in what is likely to see Poland become the 11th EU member state to ban smoking in bars and restaurants.

Should we expect a smoke-free Krakow by the summer, similar to London, Dublin, New York, et al? The recent spate of media reports may be hearsay, but EU pressure to ban indoor smoking in the remaining Member States is real. So is it really possible?

“A TV station asked me this same question three years ago,” says pub owner Tom Naughton on speculation of new government legislation. The owner of Nic Nowego bar on Krzyza Street added that it’s a bad idea and it’ll mean the ruin of many bars in Krakow, simply because about 70 percent of them are underground.

“A large portion of my customers are tourists from the UK and Ireland, who are used to smoking their cigarette outside the door, and we’re at street level, so it’s not a big concern for me. But it would be a disaster for many of the bars in this city.”

Mateusz Nowak, a waiter at the Sioux Restaurant on the Market Square, believes that a total ban is good, admittedly because he would prefer not to work in a smoky atmosphere. However, he makes the point that the “best customers” at the restaurant are smokers; in fact, the entire downstairs level is for smokers.

“Poland has a lot of smokers, so if it’s just a health issue, the government here should raise taxes on cigarettes – let the smokers pay, not businesses,” he added.

The bulk of public polling surveys suggests support for a smoking ban in all workspaces including bars and restaurants. A Gallup pole in 1998 indicated as many as two thirds of Europeans were in support of smoke-free public spaces.

In 2006 a poll conducted on students in Krakow found 63 percent of 264 people surveyed preferred to see smoking banned in pubs and restaurants, while 70 percent supported a ban on smoking in premises and/or with a separate area designated for smokers. The survey was conducted by the Krakow division of the anti-smoking lobby, Manko, at three major universities in the city. Curiously, among smokers surveyed, 30 percent would like to see smoking banned in bars and restaurants, while 24 percent would like to see a separate area designated for smoking.

Speaking to a group of smokers at the Stary Port bar on Straszewskiego Street, they “ideally” support a smoking ban, but “until there is a ban, will still smoke in bars and restaurants”. They reasoned that there is a contradiction among smokers who would like it if smoking in pubs were banned, because they could kick the habit and enjoy cleaner air, while in the next moment they will light up if the establishment permits.

Though surveys suggest most people want a smoking ban, does the smart money say smokers will go where they can light up? If so, will they bring the troupe along with them? If legislation is extended to cover bars and restaurants, are owners likely to find creative ways to navigate around the ban, to facilitate the opportunistic smoker? Or will the smokers just stay at home?

Considering that there over 170,000 students in Krakow, of which around 39 percent are smokers, these are important questions.

The public debate over second-hand smoking sways decidedly in favour of the health campaigners. However, the outright abolition of public smoking raises important concerns for a complex issue involving public health, the rights and responsibilities of government and those of the tobacco industry. The sum of the issue is likely to result from the equally complex political economics of public health vs. private commerce.

Jacek Zakowski, owner of Alchemia in Kazimeirz, argues that the proposed ban is contrary to democracy. A letter from the Polish Bartenders’ Association to parliament earlier this month suggests it is a policy of a “nanny state”.

Even Phillip Morris doesn’t dispute the fatal health effects of first- and second-hand smoke, having publicly acknowledged said in 1999, and the results from a study at the University of California showed a 19 percent drop in heart attacks since the introduction of strict public smoking bans across a range of cities in North America and Europe. In addition, there have been numerous studies into strokes, lung cancer and other debilitating diseases sponsored by the World Health Organisation, which deflate any rebuttal. Details of these studies can be viewed at www.who.int.

For Your Own Good, a “pro-choice” text by veteran U.S. journalist Jakob Sullum, is a comprehensive account of what he calls the “war on smoking” in North America. Sullum is also editor of the libertarian magazine Reason. He chronicles the “dubious” history of the anti-smoking lobby. His central thesis purports that the public health authorities are pushing government to eradicate tobacco use with as much zeal as the prohibitionists, without considering the Baptist and bootlegger effect or interests of individual and market freedom. The seminal book on the subject was published in 1998, the same year the State of California introduced the first ban of the modern kind, based on public health concerns largely informed by the WHO. Today, entire cities in California have banned smoking. The EU has followed the trend and its campaign (called the Help programme) makes no secret of its goal to make Europe smoke free. Sullum argues that it is blatant paternalism and questions the legality and undermining of civil liberties by the anti-smoking crusade.

However, the New England Journal of Medicine concluded that if everyone were to cease smoking, private and public health costs would increase in the long term to sustain life. This might deter regulation from free-market champions and political figures with a vested interest in the bottom line of private insurance companies.

In Poland, the commercial interest for now lies with restaurateurs and publicans who fear a decline in customers with such measures. Their concern is backed by anecdotal evidence suggesting considerable numbers of pubs and restaurants have closed in Ireland and the UK following the smoking bans.

How will the law be implemented? Can it be enforced?

Tom Naughton doesn’t think so, and uses the case where at public transport waiting areas around the city, people can still be spotted smoking, even though under present law it is illegal. In fact, many tram and bus stops still have ashtrays fitted over rubbish bins.

The question of how it would be enforced is also questionable. Many EU countries introduced large fines for those willing to flout the law. In Ireland for example, penalties for persons caught smoking can be as much as €3,000, excluding legal costs. However, the availability of resources for handling such measures in Poland is up for debate.

As Brussels continues to urge all remaining EU member states to roll out indoor smoking bans, the question of Poland succumbing is likely to be when, not if.