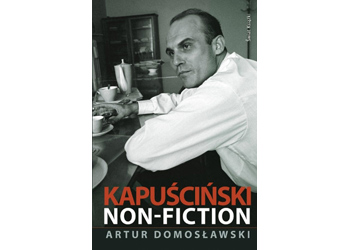 Kapuściński Non Fiction, by noted journalist Artur Domosławski, is due to arrive in bookshops on 1 March. Distinguished publishing house Znak had already backed out of their contract to print the book after pressure from Alicja Kapuścińska. However, rival publishers Świat Ksiąźki were quick to snap up the tome.

It was initially believed that the controversy revolved around the writer’s cooperation with the Communist Intelligence Service (SB). Following Kapuscinski’s death in 2007, the Institute of National Remembrance released information that appeared to verify that the writer had been on the payroll of the secret police. However, it appears that Mrs Kapuścińska’s concerns are more varied. The author of the biography cooperated extensively with Mrs. Kapuścińska during his research. There have been whispers of domestic indiscretions, as well as allegations of journalistic malpractice by Kapuściński.

A lone foreign correspondent for the Polish Press Agency as of 1964, Kapuściński became one of Poland’s most acclaimed writers. His accounts of political quakes in Africa and elsewhere have been hailed by countless luminaries, from Salman Rushdie to William Dalrymple.