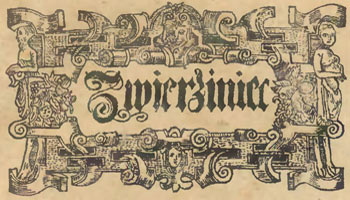 Over the next three years, a new branch of the Jagiellonian University library will be constructed, though this one won’t require bricks and mortar, but rather 1s and 0s. The Jagiellonian Digital Library (JBC) will be an online collection of the university’s most valuable and most widely-used texts. The library is being constructed using 5.13 million złoty from the Polish Ministry of Culture, as part of the European Regional Development Fund.

The end of 2010 should see the first books be made available online, followed by fragile and valuable works such as old newspapers and manuscripts, including over 200 newspaper titles whose only copies currently reside at the library. Once the copies are digitised, they will no longer be available for everyday use, which means that they can be preserved for many generations to come.