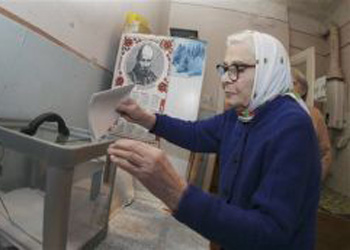 Ukraine’s parliament on Tuesday set Feb. 25 for the inauguration of Viktor Yanukovich as president while his rival, Prime Minister Yulia Tymoshenko, launched a challenge to his election in court.

Parliament seethed with intrigue as the two camps sought to outmanoeuvre each other — she seeking to hold on to her power base as prime minister while his party tried to forge a new alliance to get her out.

With Tymoshenko maintaining Yanukovich is not legitimately elected and refusing to quit as prime minister, tension ran high and prospects for a quick return to stability were dim…