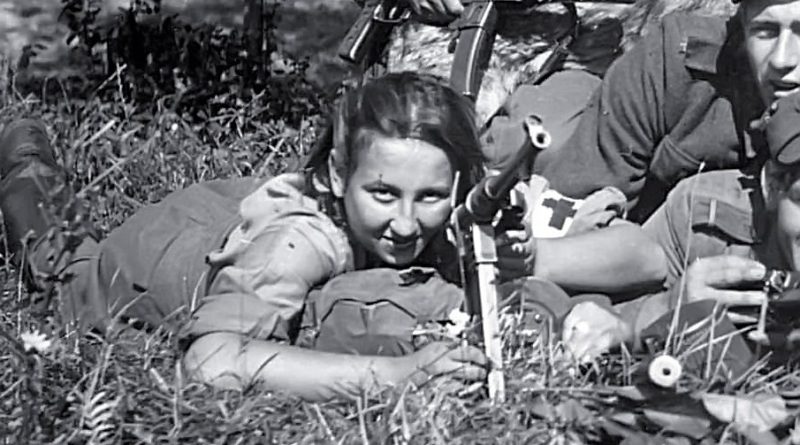 A march was held yesterday through the center of Krakow to commemorate the “cursed soldiers” who resisted communism in Poland.

The cursed soldiers (Żołnierze wyklęci) sprung from the remnants of the Home Army (Armia Krajowa) which used guerrilla tactics to mount resistance against the forces of Nazi Germany which occupied Poland during much of the Second World War. They composed nearly a dozen underground groups of insurgent soldiers who continued to fight, many under noms de guerre, against the Soviet-backed communist government in postwar Poland.

Thousands were systematically hunted down and executed by the Soviet and Polish secret police forces, often after brutal torture and/or forced labor. Most were wiped out in the latter half of the 1940s, although the last partisan, Józef Franczak, was killed in 1963.

Since the fall of communism, however, the cursed soldiers have widely been hailed as national heroes – the more controversial actions of some of their numbers and their importance in far-right militarist mythology notwithstanding. The holiday commemorating them began to be celebrated in 2009, and in 2011 the Polish parliament formally added it to the calendar.

This year in Krakow’s Park Jordana, the fallen soldiers were memorialized in a ceremony. Undersecretary of State in the Chancellery of the President, Wojciech Kolarski, read a letter from Andrzej Duda in which the president highlighted 2018’s significance as a century since the end of the partition period.

Krakow Archbishop Marek Jędraszewski also praised the movement in a Sunday homily, saying, “We want to pray for those who are called the Cursed Soldiers, or, more accurately the Unbroken Soldiers.”

Along with these memorials, there were informational tents on Krakow’s Main Square and a 1,963-meter run (to mark the year Franczak was executed), which takes place annually in many cities around Poland.

Agata Pankow  contributed to the research for this article.