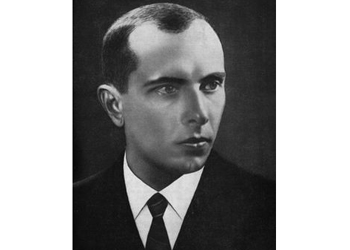 On a Sunday night in January, I get a late telephone call from Moscow. The old friend calling, a brave man who saw quite a lot in his intensive, risk-exposed life, and with whom we went through many daring situations, sounded completely perplexed.

“Listen, the guys and I, we just wanted to ask you – he started atypically slowly as if being not quite sure what would be my response – we are thinking here all the time, and our heads went twisted over that. What do you make of this Stepan Bandera thing, we wonder?”, and he went quiet.

I was glad he asked. For a few days already my husband and I were boiling with outrage over the making the butcher of hundreds of thousands of Poles, Jews, Hungarians, Byelorussians and Russians a Hero of Ukraine. And I understand why my friend was approaching the matter so cautiously.

I was born and grew up in Ukraine, and my husband’s family is from there, too. Since day one of Ukrainian independence, I was a steady and vocal supporter of it. Being an active writer and political observer, I considered Mr. Yushchenko, then the head of the Ukrainian Central Bank, as an able and decent man, years before many others had heard of him as a politician.

I always prompted the others to support him as the president of struggling Ukraine, and felt compassion towards his personal destiny, which has been incredibly harsh after heavy poisoning. I felt deep respect for his ability to stay reserved and still run his country in very uneasy circumstances, representing it in a civilized way, especially on the international stage. Until now.

Later on, my early instincts in seeing Victor Yushchenko as more of a worthy person than a savvy statesman proved to be right. As we have seen, armed with the highest authority, he was unable to get his country out of the mess it has been in for two decades, and now, with its new president, Mr. Yanukovich, who is barely literate, but has the first-hand rich experience on how a prison functions from the inside, the place is sliding into far deeper trouble.

But to my deep sadness and disappointment, my instincts seemed to fail me when it came to the personal qualities of this man.

Was outgoing President Yushchenko thinking, perhaps, that his theatrical gesture of awarding Stepan Bandera, posthumously, with Hero of Ukraine on the Day of Unity of his country would be perceived by the rest of the world as a spectacular grand-finale, with the audience bursting into uncontrollable applause and tears of admiration? I am afraid it looks as if Mr. Yushchenko had been acquainted only with very primitive, hopelessly provincial theater.

I wonder whether Mr. Yushchenko, whose father had been kept by Nazis as a prisoner of war in several concentration camps, including Auschwitz, has ever read any of the masses of documents which his – and now Ukraine’s – hero, Stepan Bandera, had produced during his years of militant activism. Bandera glorified Hitler and was completely ready to serve the Nazi regime. Has the president ever noticed this commonly known fact of Bandera and his organization’s attitude and plans for the other people, both inside Ukraine and from all neighboring countries: “Moscali (diminutive for Russians), Poles, Jews are hostile to us and must be exterminated,” as well as “deported and destroyed?”

Has President Yushchenko ever heard of the battalions Nachtigall and Roland, the only two battalions in the entire Eastern Europe which were formed of volunteers? These Ukrainian volunteers from the Bandera-lead organization were trained by Nazis and served them enthusiastically. Impressive records of their ‘exploits’ are widely available. Has the president of Ukraine ever heard of the SS Galichina division, and the degree of their collaboration with the Bandera led OUN, Organization of the Ukrainian Nationalists? Mr. Yushchenko’s father was among the witnesses of those massacres.

Astonishingly, there has been another nomination of this sort. One year ago, Bandera’s comrade-in-arm, OUN Military Leader Roman Shuchevich, was decorated Hero of Ukraine by President Yushchenko. Shuchevich was a captain of the Wehrmacht and was awarded a well-earned Iron Cross. This fact somehow slipped the attention of the public outside Ukraine and the former Soviet Union, and all of us were wrong to tolerate this blatant glorification of butchers and active Nazi collaborators.

Answering my bewildered friend, I said, “You know, one who fights for his motherland, and who is seeking his country’s independence, does not pave the way over mountains of corpses of people of ‘wrong’ nationalities, and the best sample of that is Poland; the country fought through the Second World War with dignity and courage, although in a truly desperate situation and betrayed by all.

One who supported Nazism with the such enthusiasm and ample practical ‘contribution’ as Bandera did, along with his militants, just cannot be pronounced as anything other that what they were: willing collaborators of the Nazis, utter racists, and bloody criminals.”

To use one’s presidential authority to name those people heroes of one’s country is not only to shame that authority forever, but also to shame your country. This is not exactly what one would expect from the son of a survivor of Auschwitz.

No wonder then that the president of Ukraine, a big and important neighbour of Poland, was not among those leaders of states who were celebrating the 65th anniversary of the liberation of Auschwitz at the end of January. It is hard to imagine him among those people, at that very place, any longer. Especially after he signed his infamous decree just five days before the anniversary, which is also the international Holocaust Memorial Day. And how ironic those photos of President Yushchenko are, visiting Israel in a kippah ( Jewish skullcap for observant men), kissing The Western Wall in Jerusalem, in all that ‘devotion.’ He threw it all away with his honoring the butchers.

Soon after this outrageous act, the entire Poland went to protest against it, with a fair and harsh statement by president Lech Kaczyński, and mass demonstrations in all big cities of the country, from Warsaw to Wrocław.

Over 20 members of The Council of Europe issued the document of Inadmissibility of Honouring Militant Nationalists as Heroes, condemning the weird gesture of the outgoing Ukrainian president. This is certainly not the way that a decent political figure should leave the highest post in his big and notable country. This is not only an obscure legacy he is leaving behind. This is a legacy of glorifying atrocities. This is a legacy of blindness.

There were many other protests, in different countries and by various organisations all over the world.

But the most impressive and poignant one has been, in my opinion, the laconic move of Moshe Reuven Azman, Chabad chief rabbi of Ukraine, who has returned his Order of Merit, a Ukrainian medal awarded him, in protest against what he called this “hideous blow to Ukraine’s international image.”

To be a rabbi in Ukraine is not an easy position at all. Traditionally, the environment is quite challenging for the Jews living there, to put it diplomatically. To be the leading rabbi figure there is a very demanding position in which you are responsible for many of your colleagues. Because you are representing a very large Jewish community, you are expected to maintain friendly dialogue and be on good terms with the authorities, whoever they are, not to mention the country’s highest office. Rabbi Azman acted bravely, from his heart; and his gesture did not endanger his people as some might think. He defended them, all of us. He defended their dignity, which is the most important thing to defend.

Only confused, weak and short-sighted persons are hoping to enter the hall of history by glorifying murders. In fact, one of them just left the empty stage of his utterly provincial theater by the back door, being largely shamed and widely ignored. He might discover now how bitter the taste of irony can be. And how long it can last.

Inna Rogatchi is a writer and the president of The Rogatchi Foundation. She is a senior international affairs advisor to the European Parliament, and senior strategy advisor to a number of international human rights and modern history institutions.

The column is first published in The Baltic Times.

3 thoughts on “Glorifying the Butcher”