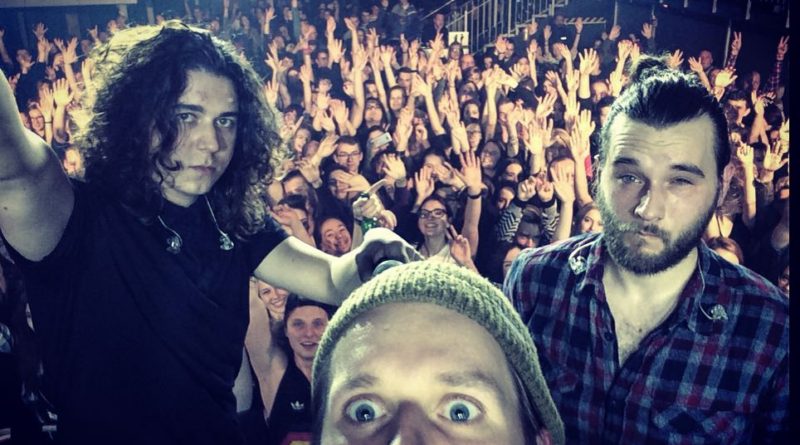 Church. Rosół. Family Feud. If those words bear any particular significance to you, you’re either Polish or you’ve stuck around long enough to know that Sundays are as ritualistic and ceremonious as holy mass held in Sigismund’s Chapel during Triduum Paschale (That’s Easter mass at Wawel’s chapel for all you heathens out there). And while sitting home and catching up on Netflix or watching Kamil Stoch add another Audi Q5 to his collection is a nice way to wrap up the week, a small dosage of live music never hurt anyone.

Terrific Sunday, four young indie rockers from Poznań, are exactly what the doctor ordered for your weekend blues. Lucky for you, they’re set to play this Sunday (go figure), tonight, at Zet Pe Te. And while the band’s name alone is enough to peak any expat’s interest, these gentlemen are a treat to catch live. Did I happen to mention that 99.9% of their songs are composed strictly in English? Hallelujah!

The band was founded in 2013 and has accomplished much since then, including snagging a nomination for the prestigious Fredryk award (think Polish Grammys) in the category of “Phonographic Debut of the Year” in 2015. They’ve also had the opportunity to perform alongside rising up-and-comers Nothing But Thieves, as well as with many Polish legends including Artur Rojek, HEY, and Muchy.

The group boasts a very sophisticated and “Western” sound. This may be due in part to the fact that front man Piotr Kolodynski spent some time abroad studying Music Technology at London’s Kingston University. As far as vocals go, Piotr’s voice is clean and he’s got a falsetto that rivals Yorke’s and puts Bellamy’s to shame.

However, in regards to musical taste and backgrounds, each member brings something different and substantial to the table. From metal, grunge, to even classical music, these influences are clearly prominent and can be observed on the band’s most recent album Strangers, Lovers which was released in October of 2015.

In their biography, Terrific Sunday describes their music as “inspired by a diverse range of their experiences, love, hate, life, culture and everything in between.” However, these are not just your average run-of-the-mill sad indie boys armed with guitars. Their songs experiment with a variety of styles and sounds from straight up indie rock to acid rock all the way up to glam rock.

And while it is true that their music borders on melancholic and at some points, even plain nostalgic, Terrific Sunday have managed to produce a sound so uniquely refined it is no wonder they have earned the esteem of many greats within the Polish music industry in such a short time. “Streets of Love”, a single off Strangers, Lovers, demonstrates all of these points. The song’s rhythmic guitar riffs à la Interpol and hauntingly subtle harmonies will ensure the track ends up a favorite among concert goers. It is not without coincidence the song landed a spot on our most recent “2018 Polish Valentine’s Day Playlist”.

So why not make this Sunday even more terrific (har har…) by supporting local music and budding talent by heading down to Zet Pe Te this evening. Doors open at 8 PM. Tickets are available for purchase online.