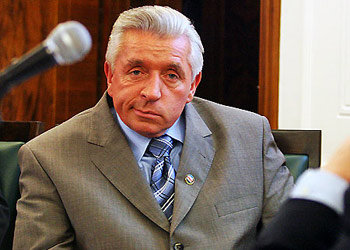 Yesterday, the small central Polish city of Piotrków Trybunalski was the setting of a much-publicised court case that ended with the conviction of one of Poland’s most notorious political figures. Andrzej Lepper, former chief of the Self-Defence (Samoobrona) Party and deputy prime minister from 2006 to 2007, has been found guilty of demanding sexual favours in return for employment opportunities.

In December 2006, Aneta Krawczyk accused the former politician of demanding sexual favours in exchange for a job with his Self-Defence Party. She also accused Lepper’s former aide, Stanisław Lyzwiński, who was also convicted yesterday. The scandal eventually led to a decline in popularity for the Kaczyński government, who had formed a governing coalition with the populist Self-Defence, which led to Lepper’s appointment as deputy PM. The coalition collapsed in the summer of 2007, after which Lepper lost his seat in the following election.

Lepper will serve two years and three months in prison, while Lyzwiński will serve five years for rape charges as well as for sexual harassment.