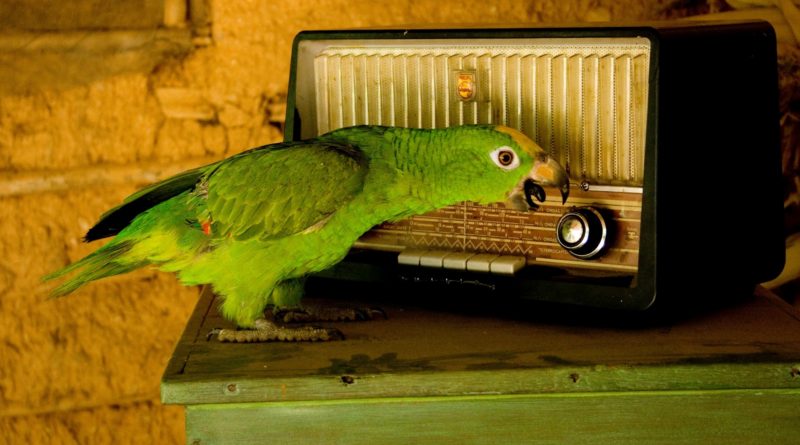 This month, the National Museum in Krakow‘s branches close three of their temporary exhibitions. On Feb 18th The Matejko House finishes the display of Jan Matejko’s oil painting Alchemik Sędziwój (Sendivogius the Alchemist) borrowed from the collection of Museum of Art in Łódź. The exhibition’s ending is also a good opportunity to visit the permanent display commemorating one of the greatest 19th century Polish painters.

The Treasures: The Princes Czartoryski Collection will be concluded on Feb 25th. The Czartoryski family collection gathers valuable works of art, military artifacts, and memorabilia.

The exhibition Szymborska’s Drawer is open to the public till Feb 4th in Szołajski House. The assembled poet’s belongings create a three-dimensional collage with the titular drawer chest as the exhibition’s main point. Admission is free of charge.

Still ongoing temporary exhibitions available in the main building are: Wyspiański and Leonardo da Vinci “Lady with an Ermine”.

The National Museum celebrates its largest display of Wyspiański works with a side event, Karnawał z Wyspiańskim (Carnival with Wyspiański) on Feb 2nd, 3rd, and 4th: among others, extended opening hours, evening tickets for 5 PLN, and a mapping show projected on the front of the main building.

Manggha Museum of Japanese Art and Technology‘s February offering is KIMONO: Form. Pattern. A Thing to Wear. The exhibition’s objective is to inspire the visitor’s creativity in terms of fashion and decors through a collection of interesting kimono, obi sashes, and other traditional Japanese accessories. Opens on Feb 11th.

Still ongoing: CONFLUENCE. Aliska Lahusen i Takesada Matsutani is Manggha’s Europe – Far East Gallery exhibition, which provides an esthetical experience of confluence between two artists, Lahusen and Matsutani. As described by the museum director Bogna Dziechciaruk-Maj, “These two proposals inscribe themselves in the minimalistic movement of art: Lahusen’s more of a poetical tincture while Matsutani represents a trait of a radical expression”.

Dydo Poster Gallery organizes Jacx Staniszewski “posterformance”. The author is a professor at Gdańsk Academy of Fine Arts and a Grand Prix winner of the 3rd International Poster Biennale 2017 in Lublin. The poster exhibition will be open till Feb 21st.

On Feb 9th Hotel Forum will open its doors for Titanic – prawdziwa historia (Titanic: The exhibition). Around 200 original items, documents, and pictures rescued from Titanic’s board, a life-sized reconstruction of the ship’s dining hall, and a lot of additional educational materials will introduce the visitor to the very detailed history of the most famous cruise.

Polish Street Photography, Fotopolis, and Pasaż invite the public to the exhibition of street photography contest winner photos of 2017. Wystawa Polska Ulicznie will be open till Feb 28th. The admission is free of charge.

Nowohuckie Centrum Kultury (the Nowa Huta Cultural Center) has prepared a display of World Press Photo 2017 photographs awarded in eight categories of the annual World Press Photo Contest. It starts on Feb 8th alongside two other photo exhibitions, Niecodzienny świat soli (The unsusual world of salt) by Ryszard Tatomir and Wacław Wantuch’s Akt. On Feb 9th the NCK will also share a collection of Zdzisław Beksiński’s photography from 1950.

Emeli Sandé, the winner of Brit Awards 2017 in the British female solo artist category will perform in ICE Krakow Congress Center on February 22nd. This will be the first time the Scottish singer gives a concert in Poland. Her debut studio album Our Version of Events (2012) became the best-selling album of that year in the UK. On her set list we will also find songs from her second record Long Live the Angels (2016) and recently released EP Kingdom Coming (2017).

The Georgian National Ballet Sukhishvili is on tour in Poland. The performance of over a hundred of exquisite dancers reflects the national history and character. During the show elegant movements and stunning costumes shine through such dance pieces as partsa, narnari, sadarbaso or khonga while the repertoire also incorporates some acrobatic stunts and elements of martial arts. First weekend of February in ICE Krakow Congress Center.

Łaźnia Nowa Theater will host a Korean troupe performing Cho-hon, a touching spectacle based on ancient Korean burial rites. Through traditional forms of expression artists will invoke a history of Korean “comfort women” forced into sexual slavery by the Japanese military during World War II. The performance will take place on Feb 3rd and 4th.

Kino Latino – Proyecciones gratuitas is a series of free Latin-American movies screenings, subtitled in Spanish. This month’s showings at Krakowskie Forum Kultury will take place on Feb 14th and 26th at 7 PM. After each viewing there will be a discussion about the movie in Spanish. Before the event, from 5 PM the organizers offer free legal consultancy services for Spanish-speaking immigrants.

American Thursdays in KFK is a recurring event organized by Krakowskie Forum Kultury and the US Consulate in Krakow. Next screenings on Feb 8th and 22nd at 6 PM.

The Goethe Institute of Krakow offers a free showing of Auf der anderen Seite by Fatih Akin on Feb 22nd at 7 PM. 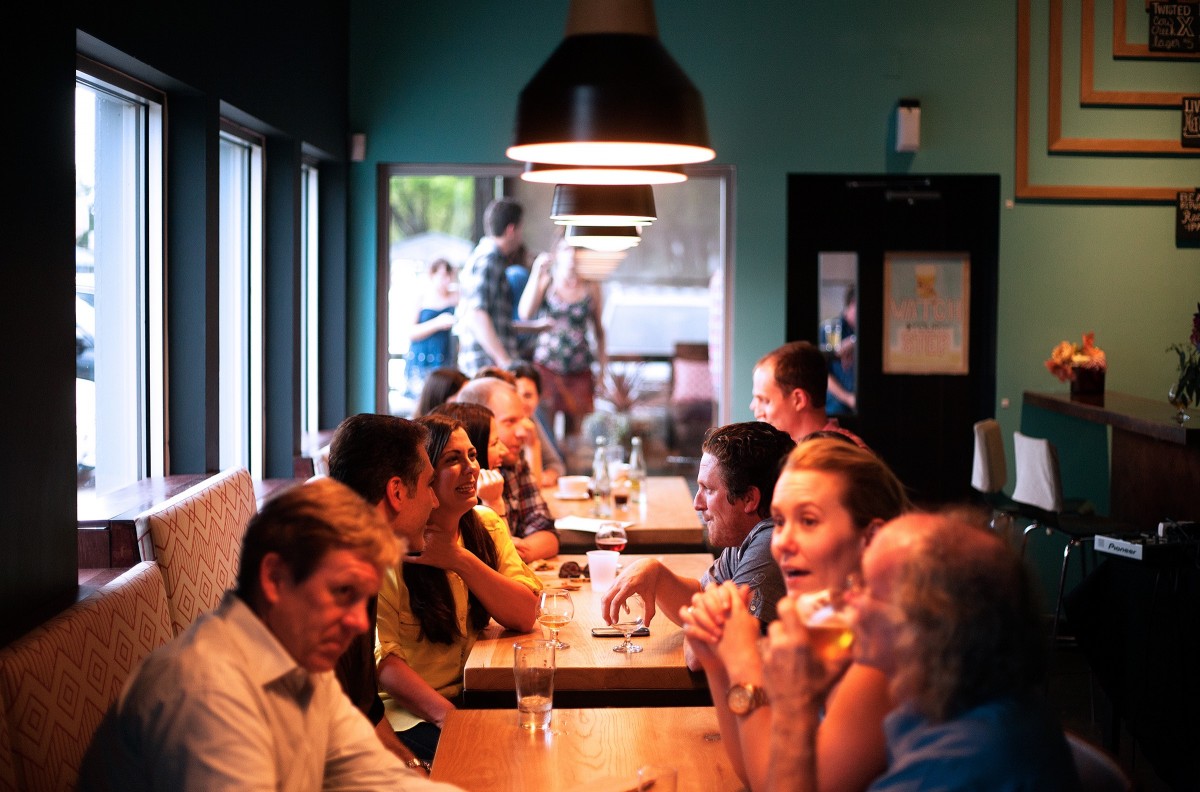 Polish
Spoko Polish hosts regular evening Polish conversation groups in a relaxed and friendly setting. They will meet at 7 PM on Feb 14th and 28th at Betel Klub.

English
Weekly English Meeting open to everyone, each Monday at 7 PM in Klub Entropia.

English Language Club run by the US Consulate in Krakow is a part of the recurring event American Thursdays recurrent event. The meetings are planned for Feb 1st and 15th at 5 PM.

Spanish
Café Madrid – la reunión para hablar Español is a Spanish-language exchange group which gathers in order to swap experiences and opinions, get to know new people, and have a good time, every Thursday at 7 PM in Café Por Fiesta Club.

Wednesday meetings with Spanish. Every Wednesday in Cytat Cafe at 6 PM (A1 level) and 7:30 PM (A2 level) there are classes for everyone who wants to start studying or improve his/her Spanish skills. The admission fee of 5 PLN will support Fundación Cultura Mexicana.

French
Rencontres Françaises take place every Thusday at Les Couleurs at 7:30 PM. The admission is open for every Francophile and Francophone who wants to meet up.

Russian
The Polish-Russian exchange meeting takes place in Dobra Nasza Kasza every Tuesday at 7 PM. First hour is Polish practice, after that the group switches into Russian. As the organizer Svitlana Kuzik says, the rules are not strict and it’s all about trying, speaking, joking, asking questions and “the main thing is culture and respect”.

Ukranian
Skovoroda Institute in Krakow offers free Ukrainian classes and language exchange meetings. Every Tuesday in Kahawa Kawa at 6:30 PM, the organizer Lorna Nizhyna heads up the Ukrainian class for B1-B2 level speakers, and at 8 PM the conversation club and games start.

There are also classes for A1-A2 level speakers, on Mondays at 6:15 PM in Spółdzielnia “Ogniwo” Krakow, on Thursdays at 7 PM and Wednesdays at 6 PM on Batorego 2/28.

The February Short Story-Writing Workshop at Massolit will take place on Saturday Feb. 24th at 5 PM. The admission is free but requires registration.

The Museum of Stained Glass offers a new course Kurs Witrażowy/Make your own stained glass! starting on Feb 1st. The three or four planned Thursday meetings will include mapping your project, creating templates, choosing colors, glass cutting and grinding, glass-painting and firing, framing, and soldering.

ArtCafe Barakah is back organizing drum workshops and jam sessions. Everybody who enjoys drums and has a djembe, dunube, sangban, kenkeni, cajon, darbua, riqq, daff, ghaval, kanjira, tabla, pandeiro, surdo, caixa, tamborim, or even a non-percussion ethnic instrument like kalimba, didgeridoo, kora, balafon, or bansuri is invited to join the jam! Rhythmic Barakah on two Wednesdays a month at 8:30 PM. There are also folk sessions for unusual, ethnic instruments such as flutes, mandolas, banduras and whichever instrument comes to your mind! Check the link for more details.

This year’s first edition of Najedzeni Fest! culinary festival changes location to Tytano. The Shrovetide edition brings together not only food lovers but also design and fashion enthusiast with KUP SE fashion festival support and invites all animal lovers to participate in HAU HAU Charitable Action. Feb 4th from 11 am till 7 pm.