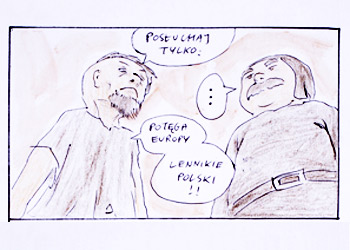 As part of the 600th anniversary commemorations of the Battle of Grunwald, the Royal Castle at Wawel is sponsoring a competition for aspiring comic book artists.

The battle, also known as Tannenberg, took place on 15 July 1410, and is considered one of the key clashes of the Medieval era. It saw a decisive defeat of the Teutonic Knights by a combined force led by King Władysław Jagiełło of Poland and Lithuania.

The theme of the comic has all the right ingredients for a swashbuckling saga, with plenty of sword-hacking for bloodthirsty youngsters. The competition is open to all artists living in Poland between the ages of 16 and 24. Entries must be submitted by 15 July 2010.

For more information about the competition, and all events relating to the anniversary, see www.wawel.krakow.pl.