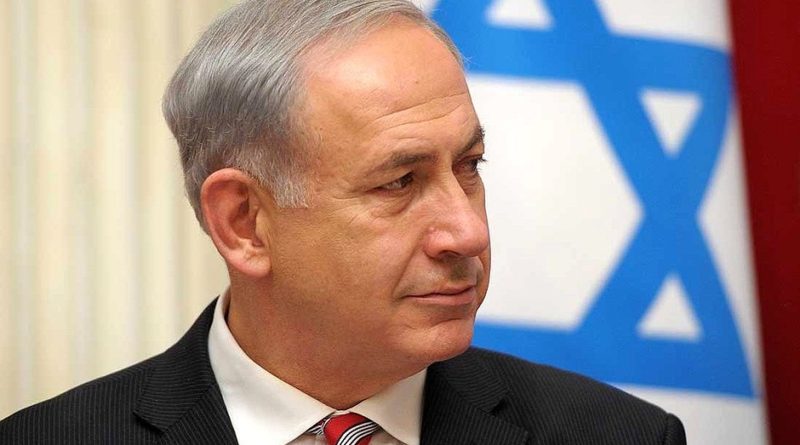 “I strongly oppose it,” Netanyahu said in an official statement on Saturday. “…We will under no circumstances accept any attempt to rewrite history.”

The bill would amend an existing law to make use of the term by Poles or foreigners punishable by a fine or up to three years’ imprisonment. It still requires approval by the Senate and a signature from Polish President Andrzej Duda, which is likely.

The phrase “Polish death camps” has long provoked controversy, perhaps most notably when then-US President Barack Obama apologized for using it in a 2012 speech. Critics feel it unfairly shifts the blame for the Holocaust to Poland rather than Nazi Germany.

(Notes from Poland: “Fighting the phrase ‘Polish death camps’ with education, not censorship)

In fact, Poland was just one of many countries in which Nazi Germany erected and administered concentration camps during their occupation of much of Europe during World War Two. About six million Poles were murdered by the Nazis (nearly 1/5 of the population), only around half of whom were Jewish – though this accounted for 90% of Jewish Poles.

Although some individual Poles did aid the Nazis, nearly 7,000 Poles are recognized by Yad Vashem (Israel’s Holocaust memorial organization) as having helped rescued tens of thousands of Jews, and the Polish government did not collaborate with Adolph Hitler’s regime.

While generally discouraging the contentious phrase, Yad Vashem also opposes the bill, with a spokesperson saying it was “liable to blur the historical truths regarding the assistance the Germans received from the Polish population.”

Representatives of Poland and Israel are meeting in both Warsaw and Jerusalem to discuss the bill, and Netanyahu spoke with Polish Prime Minister Mateusz Morawiecki over the weekend about how to move forward.

For his part, Morawiecki tweeted, “Auschwitz is the most bitter lesson on how evil ideologies can lead to hell on earth. Jews, Poles, and all victims should be guardians of the memory of all who were murdered by German Nazis. Auschwitz-Birkenau is not a Polish name, and Arbeit Macht Frei is not a Polish phrase.”

The bill’s author, Deputy Justice Minister Patryk Jaki, said that the Israeli government’s response was “proof how necessary this bill is.”