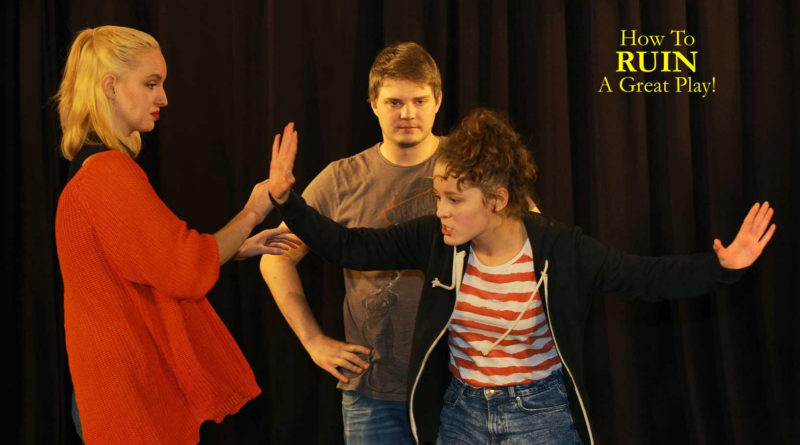 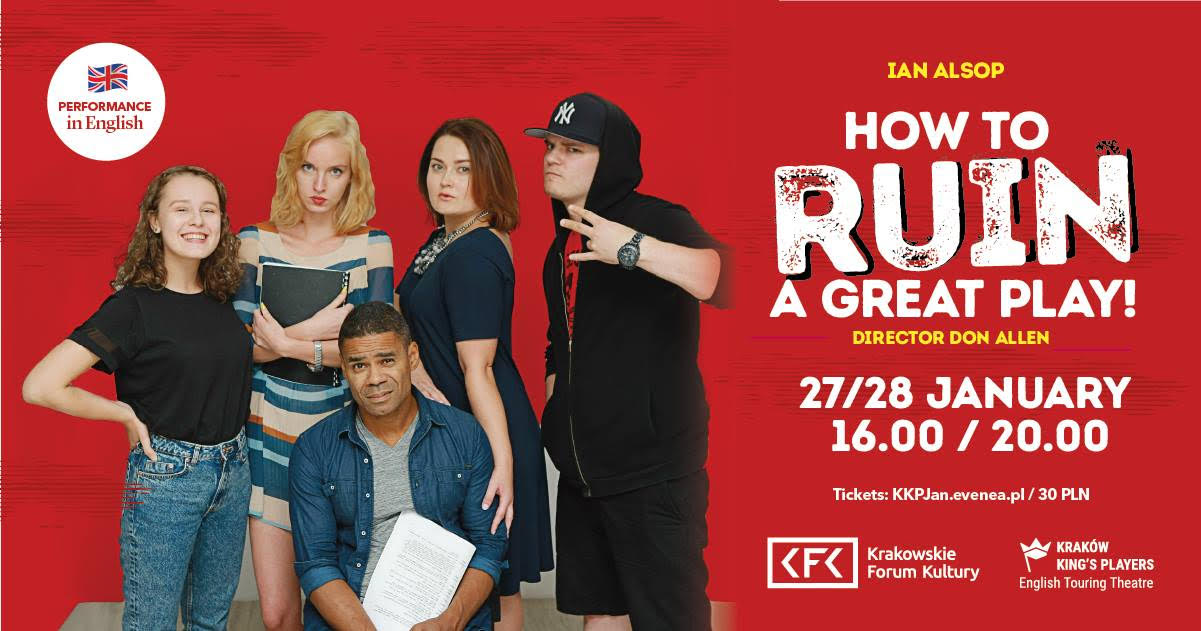 Since Don Allen founded KKP in 2015, he has constantly set new goals for the company’s repertoire, acting cast, and audience reach within and outside of Krakow. In 2017, KKP held more than 40 performances of their existing repertoire of six plays and added an ambitious new adaptation of Charles Dickens’ classic A Christmas Carol, involving a cast of over 30 actors and with a simultaneous Polish translation of the English text. A special matinee for students and four evening performances were held from 18 to 21st December at the KDM theatre in Kazimierz, a new and larger venue seating up to 170, which made it possible for a total of over 800 theatergoers to attend.

After a well-earned Christmas break, the KKP troupe is gearing up for a busy schedule and new challenges in 2018, starting with performances of the comedy How to Ruin a Great Play at the end of January.

Take a great play, add a famous director with a bunch of amateur actors, and just watch the fun as it all goes horribly wrong! How to Ruin a Great Play is a perfect show for those who love a traditional British comedy. [Read The Krakow Post‘s review of last year’s staging.] In addition, after each performance there is a Q&A with the cast followed by drinks and socialising.

A total of four shows will take place at the Krakowskie Forum Kultury at ul. Mikołajska 2 – a small and intimate venue which is ideal for getting close to the action. On the downside, seats are limited, so it is advisable to book soon! (Use the code KrakowPost for a special discount.)

To add to their existing cast, auditions will be held on Sunday 4th February. Interested actors should email acting@krakowkingsplayers.com.

In addition to the theatre projects, KKP will continue to run their theatre workshops and acting-based language classes language workshops for schools and businesses.

The author is a member of KKP.