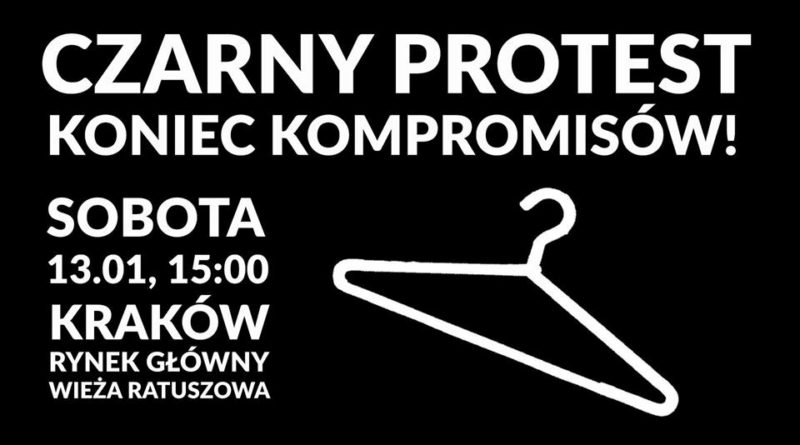 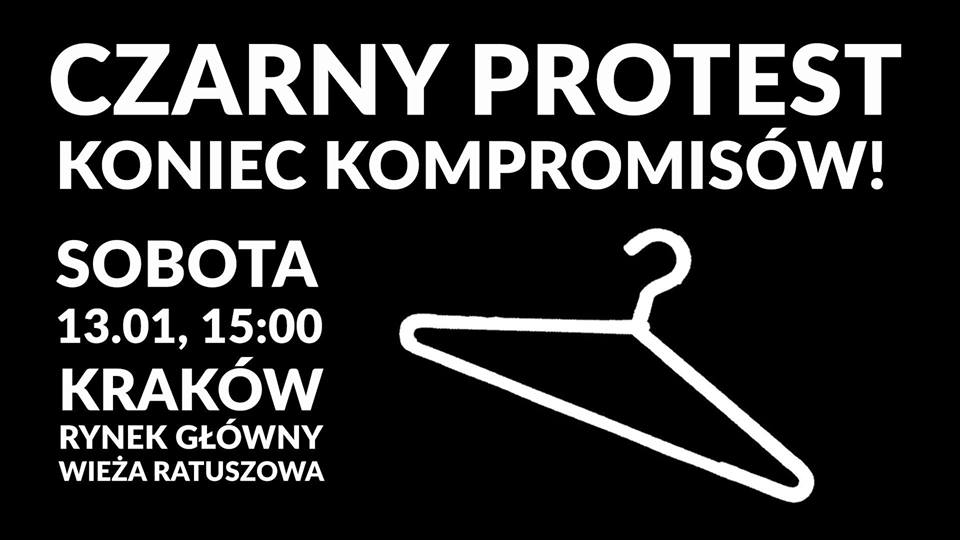 Today at 15.00 on Krakow’s Main Square, there will be a demonstration against Poland’s abortion laws, which are some of the most restrictive in Europe.

The protest, under the banner “Koniec Komprimisów!” (“The End of Compromise!”), is a direct response to a vote in the Sejm last Wednesday. Poland’s lower parliamentary body voted by a narrow margin to end consideration of the Ratujmy Kobiety 2017 (Let’s Save Women) project, which, among other goals, aimed to liberalize abortion through the 12th week of pregnancy and to restore availability of emergency contraception (also known as “the morning-after pill”) without a prescription.

Currently, abortion is only legal if the woman’s life is endangered, the pregnancy is the result of a criminal act, or if the fetus is seriously malformed.

The parliamentary decision was particularly notable for how some members didn’t – and did – cast their vote. 10 MPs from Modern (Nowoczesna) and 29 from Civic Platform (PO), which are theoretically more socially liberal opposition parties, did not vote. Three from the latter party, in fact, voted against it.

Liberal activist and former politician Barbara Nowacka, who was defending the project on the Sejm floor, said in a video she posted to Facebook: “MPs and deputies of the opposition – where the hell were you when the fate of this project was in the balance? […] What do you use our taxes for? Being an opposition is not just taking selfies at demonstrations…”

A handful of PO members were later penalized by the party for their votes (or lack thereof).

On the other side, despite the fact that the general position of the ruling far-right Law ad Justice (PiS) party is against abortion reform, several of its members voted to continue the discussion – most significantly, party leader Jarosław Kaczyński.

The action follows a number of similar gatherings under the #CzarnyProtest (#BlackProtest) banner over the past few years, several against an attempt to ban abortion entirely. The demonstrations have been partially credited with the ultimate shelving of this proposal.