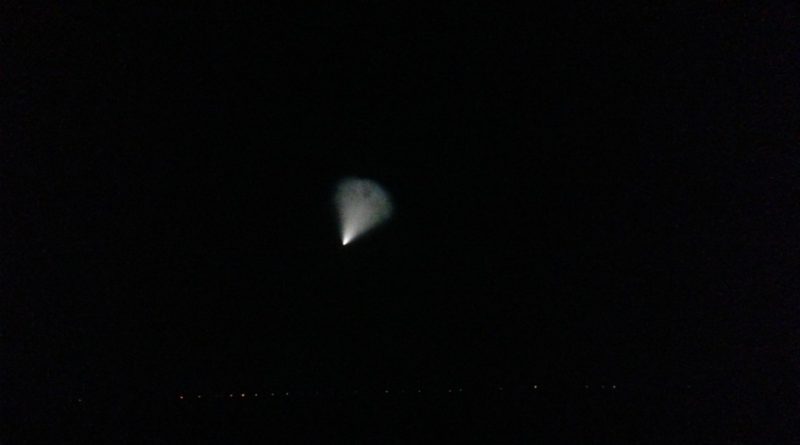 If you saw a mysterious cloud in the sky this morning, for better or worse, it wasn’t aliens: It was a Russian missile test.

Stargazers across Eastern and Central Europe, from Romania to Germany across southern Poland, spied the heavenly apparition, which initially appeared about as large as the moon (accompanied by a small, star-like point) and then expanded before eventually dissipating, Radio Krakow reports.

Later, Russian news agency TASS conveyed information from the Ministry of Defense that it was a test of the intercontinental missile RS-12M “Topol” launched from the western part of that country.

The 45,100 kg missile has an operational range of about 11,000 km and is meant to combat the NATO missile shield against Russian attacks. In June of this year, the US Air Force National Air and Space Intelligence Center estimated that there were about 100 launchers operationally deployed.