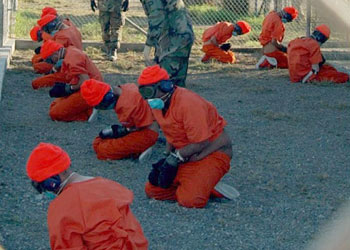 Three prisoners from the controversial U.S. detention centre at Guantánamo Bay will be resettled in Slovakia this year following an agreement reached between the Slovak and U.S. governments.

Slovak officials have provided little information about the detainees, or about how the security risks and legal complexities involved in housing them would be handled. At a press conference in Bratislava on 19 January, Foreign Minister Miroslav Lajčák said only that none of the three were suspected terrorists, nor had any ever been charged with a crime.

Slovakia becomes the tenth European Union country to accept Guantánamo detainees, following an international appeal by U.S. President Barack Obama for help in closing the prison. The Fico government’s decision to take the three, as well as its vocal support for Obama himself, surprised some diplomats, who contrasted it with Prime Minister Robert Fico’s formerly cool stance towards the U.S. president…

Read more at The Slovak Spectator.