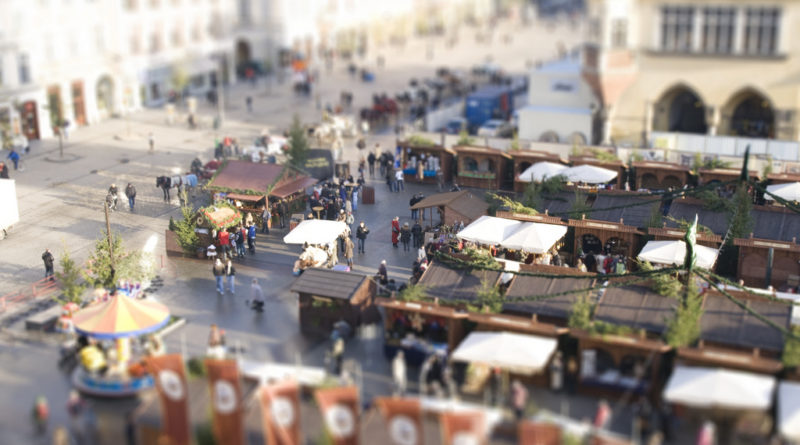 The Christmas season has officially begun in Krakow, with President Jacek Majchrowski inaugurating this year’s Christmas Market on the Main Square by lighting the featured tree.

It’s a tradition that hearkens back hundreds of years to when the Cloth Hall at the Square’s center was the focus of urban commerce as well as an important international trading center at the crossroads of Europe. Now, too, the Christmas Market is internationally recognized as a popular destination for Cracovians and tourists alike, with CNN naming it one of the top ten such markets in the world.

The market will feature over 700 living Christmas trees and 80 kiosks selling food, mulled wine, crafts, jewelry, ceramics, clothes, and more. And, compared to some other similar attractions in Poland and elsewhere, a remarkable number of the gifts and souvenirs for sale are authentically produced locally and sold for prices that probably won’t break the bank.

There will also be events throughout the Christmas season and beyond, such as a parade of carolers on 16 December, a traditional breaking of Christmas wafers featuring Majchrowski and Krakow Archbishop Marek Jędraszewski on 17 December, and a Christmas Eve performance based on the works of Adam Mickiewicz by the statue that bears his likeness.

Anna Starowicz contributed to the reporting of this article.