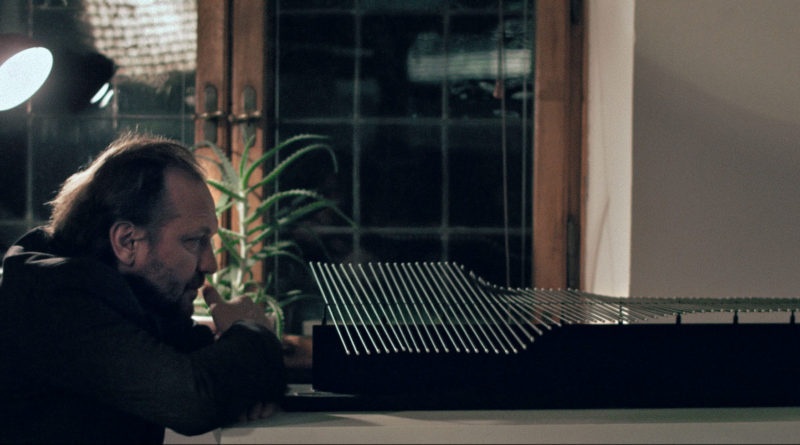 Łukasz Banach (a.k.a. Norman Leto) has not rested on his laurels over the past years. The fairly good prices achieved recently by his gallery works under the hammer on the local art market have given him the necessary stability to focus on more far-reaching projects.

The second feature film of the Polish multidisciplinary artist resumes some of the topics that he has already dealt with in Sailor (2010). But this time Leto abandons first-person narration and broadens his target as an artist after attempting to visualise the “dense bouquet of connections in the mind of a genius” and creating computer-generated lifeshapes in his previous effort.

Photon is a cinematic piece of lucid madness aimed at describing the origin of the phenomenon of life. The filmmaker fished into the local star system to give Andrzej Chyra one of the most enticing roles he has ever played. Delegating the storytelling task to a third person allows Leto to focus on the visual composition, a swarm of particles, organic forms, and dystopic sceneries narrated by Chyra as a scientist fully conscious of his limited understanding of the material universe.

In the epilogue Leto goes as far as to predict the future of mankind before its extinction, but he zooms in on the Polish non-urban landscape on the verge of annihilation. At the end of the journey Photon shines as a rewarding ‘anti-documentary’ about science that fiercely scorns the reassuring narration a la David Attenborough and Discovery Science-like deliverables.