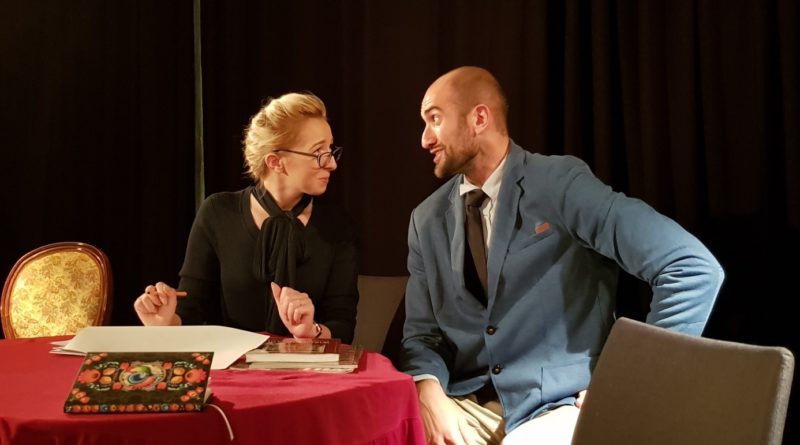 Did you know that Oscar Wilde – best known for his brooding philosophical novel The Picture of Dorian Gray – wrote a comedic play? A really good one, to be exact. A comedy which is still very up-to-date and fresh. The Importance of Being Earnest was composed in 1895, and even though it makes fun of Victorian times and social conventions, it still fits modern-day customs and social intricacies like a glove.

Does having this knowledge make you want to see a staging of this comedy? Well, you’re lucky! This weekend, a group of theatre aficionados who call themselves Firehouse Media Productions are going to stage this brilliant comedy in Krakow. The play will be performed in English with Polish subtitles, so everybody can enjoy it!

It’s always been hard not to lie

Essentially, Wilde’s comedy makes fun of love and marriage, and, as everybody knows, these topics are timelessly funny – especially with a pinch of aristocratic conventions and a few intrigues. Sometimes you have to fight for love, and there is no better weapon in this fight than a little intrigue… and maybe a small, innocent lie. A lie about a name – a lie that has been told so many times that it takes on a life of its own!

Ernest is the hero of this story and, fortunately for him, his name is one of the features that draws the love of his life to him. Gwendolen is utterly crazy about his divine name, and she is not the only girl that finds the name of Ernest absolutely perfect. Little does Gwendolen know that Ernest’s true name is John… and things get complicated once someone else starts pretending to be Ernest.

The boys’ game where the girls win

Ernest Worthing is not the only intrigue-savvy man of the play. His good friend Algernon is far better at thinking of ways to deceive other people, even Ernest himself. Both gentlemen believe that a little deception is not that big of a deal, until they discover that lying is a double-edged sword and might end up losing them the women they love.

What’s in a name?

Firehouse Media Productions was a “working title” at first, but after repeated use it started to sound good as a theatre company name, and so it stuck. “Firehouse” is a good description of the entire bunch – different people, all with the same fiery passion for theatre and hunger for the stage. They all were looking for some new theatrical challenges when the founder, Mike Marcinkowski, decided to assemble this group of actors, together with artistic director Jarek Kuśmierski, and create something extraordinary. For its debut show, Firehouse Media Productions has decided to take on a classic play to present the group’s abilities and has high hopes for future shows in Krakow.

Come and see the premiere shows on 28th and 29th of October!

And stay tuned for new premieres!

The author is a member of Firehouse Media Productions.

One thought on “The Importance of… English-language theatre in Krakow”