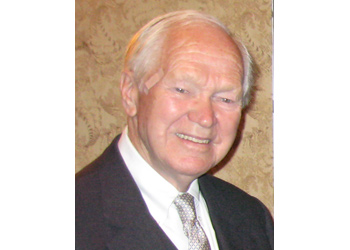 An appeal to have Israel’s Yad Vashem Holocaust Memorial honour the memory of 1,000 Catholic nuns who hid and protected Jewish children during the German occupation of Poland in World War II was turned down by the Holocaust Martyrs’ and Heroes’ Remembrance Authority in Jerusalem.

The request came from Paul Wos of Sarasota, Florida who was a citizen of Poland at the time of the Holocaust. Together with his parents (now deceased), he rescued and sheltered 12 members from two Jewish families during the liquidation of the Warsaw Ghetto in 1943.

In 1998, Yad Vashem designated Mr. Wos and his parents “Righteous Among the Nations” for helping these Jews.

As a “Righteous,” Wos feels each of these nuns deserves the recognition just as much as he. The only obstacle is the fact Yad Vashem will not count any aid given a Jew eligible for such recognition unless the Jewish person who was aided steps forth and confirms it with his or her testimony. The Wos family received such testimony from the Jews they saved.

In his appeal, Wos stated, “An estimated 2,000 Jewish children were saved (by the nuns). At least 1,000 of these religious women took part in this humanitarian project. Yet, only 20 or 30 of this 1,000 plus are officially honoured by Israel.”

Poland was the only country in all German-occupied Europe where an official death penalty was ordered for anyone helping a Jew. The nuns knew they and the Jewish children could all be killed if the Germans discovered whom they were hiding.

“Despite this threat of death, the nuns did it because they were Christians. So did thousands of other Polish Catholics. That’s why Poles are the largest group officially honoured at Yad Vashem. Countless others were not counted because the Jews they helped did not live long enough to testify on their behalf or the Poles died along with the Jews they were trying to help,” said Wos.

As passionate as he is about seeing every act of Christian charity properly acknowledged, Wos says he understands why Yad Vashem wants to be as cautious and restrictive as it is. But he wonders if there might be a fundamental problem with a procedure which finds only three percent of the rescuers deserving of remembrance.

“To follow your usual procedure of proof and testimony from the rescued Jewish child is, of course, impossible,” he told Yad Vashem. “If it wasn’t done right after the Holocaust ended, what could the chances be now?”

In seeking a way to commemorate the charity and sacrifice of all the nuns, he suggested “a special monument” at Yad Vashem dedicated to the memory of these heroic women who risked their lives in protecting the Jewish children.

Yad Vashem’s refusal to consider such an alternative way ofmarking the courage and humanitarian action of the nuns came as a big disappointment to Wos.

He was advised a monument like this already exists at Yad Vashem. It is called the Memorial to the Anonymous Rescuer and “honours the nuns, clergymen, townspeople, farmers and other rescuers whose specific heroic deeds will remain unknown,” and should accomplish what Wos suggests.

“These nuns are not anonymous,” Wos insists. “We know who they were. They were the sisters in the convents and orphanages throughout wartime Poland where the Jewish children were protected. The nuns deserve a lot more than anonymity.”

Wos is pursuing his effort on behalf of the nuns because of what he says are “repeated and unfounded accusations” of anti-Semitism against the Polish people.

Even when Polish heroism in saving Jews is grudgingly admitted, it is continually trivialized by statements like “it wasn’t enough” or “you should have done more,” according to Wos.

He wants the heroism and sacrifice of the Polish nuns acknowledged and remembered because “they did do more. They did a lot more.”

Wos was a member of the Armia Krajowa, Poland’s anti-German, anti-Communist underground resistance, and a survivor of the Flossenburg concentration camp.

He is a consultant to the Holocaust Documentation Committee of the Polish American Congress and its Children of Polish Christian Holocaust Survivors.

He had been a resident of Sea Cliff, N.Y. for many years and has just relocated to Sarasota.