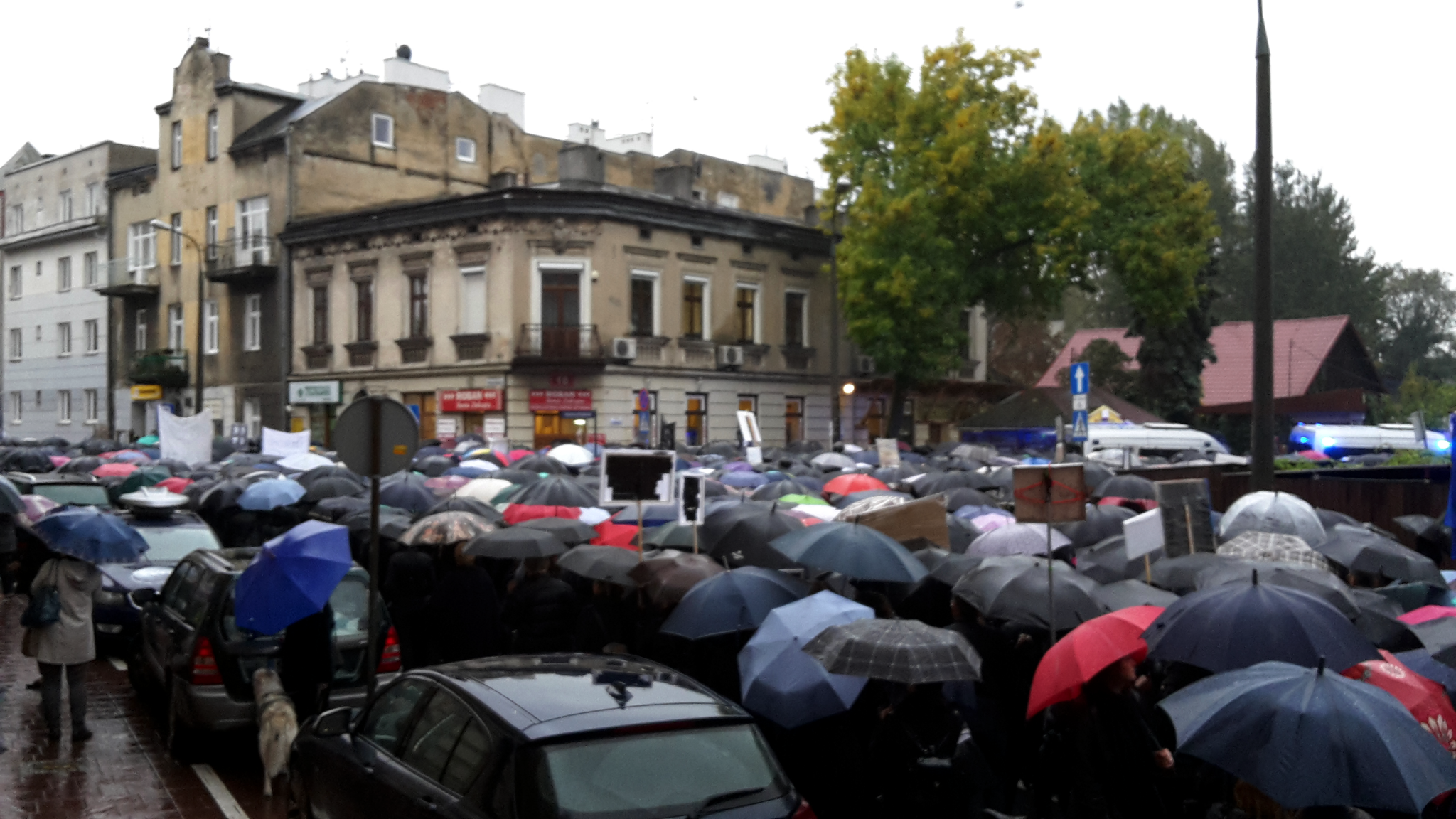 A year after 2016’s CzarnyProtest (BlackProtest) against a proposed total abortion ban, thousands of women across Poland and the world will hold more public demonstrations this afternoon.

According to the organizers, the event is meant be a reminder that the participants “have not folded their umbrellas” (a symbol of the movement) and to continue the social momentum to protect women’s rights.

Last year, Poland’s ruling conservative Law and Justice (PiS) party sparked widespread ire when they considered a bill which would ban all abortions nationally under any circumstances. The current law allows medical termination of pregnancy in the cases of a life-threatening pregnancy, a pregnancy as the result of proven rape or incest, or a seriously malformed fetus. Around 3/4 of the Polish population support this policy, which results in only 2,000 or so legal abortions per year.

This led to protests culminating in “Black Monday,” a general strike in which 250,000 women and supportive men in Poland and abroad dressed in black with black umbrellas to oppose the bill in the streets. Ultimately PiS backed down: the Justice and Human Rights Committee of the Polish Sejm announced it would throw out the proposal.

Nevertheless, a significant and very vocal segment of the population, supported by the Catholic Church and de facto PiS leader Jarosław Kaczyńśki, still hopes to instate a ban. Even now, petitions are circulating to reintroduce a similar bill.

Today’s demonstration, organized by the group Ratujmy Kobiety (Save Women), aims to show these parties that the women’s rights movement remains alive and strong and will continue to oppose such measures.

In Krakow, participants will gather at 18.00 under PiS offices at ul. Retoryka 7. Those wishing to join are encouraged to bring signs and noisemakers, but in the interests of inclusivity not to display logos of any particular party or organization. Event details are (in Polish) here.

One thought on “On anniversary of abortion ban protests, women take to the streets again: “We have not folded our umbrellas””