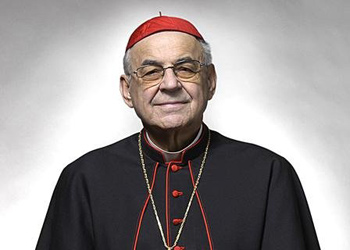 A leading Muslim has defended the “positive influence” of Islam in Europe in the wake of comments by outgoing Prague Cardinal Miloslav Vlk in which he warned about the “Islamization” of Europe.

Vlk said European countries are on the way to having a Muslim majority and called on Christians to “wake up” to the threat of “an impending collapse of Europe” in a statement posted on his Web site.

Islam, the cardinal added, invoking images of past conflicts, possesses the “spiritual weapons” Europe does not now have. This is leading to an impending collapse of Europe, he said…