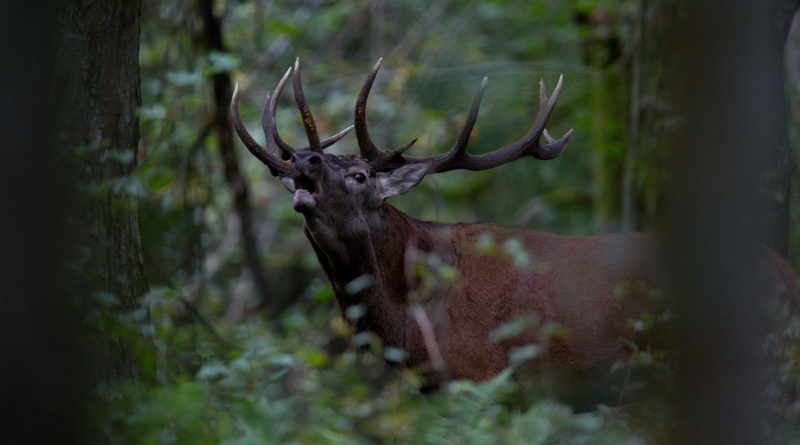 Krakow will be hosting events as part of the nationwide Weekend Dla Puszczy (Weekend for the Forest) this Saturday and Sunday, 30/09-01/10/17. The organizers hope to spread knowledge and raise funds for the protest camp working to defend Białowieża Forest, Europe’s last primeval low-land forest, from ongoing illegal logging at the hands of the PiS government. With breaches of international agreements and threats to this national symbol of Poland, the current conflict over Białowieża has become more than an ecological issue.

Białowieża Forest, straddling the border of Poland and Belarus, is the last of its kind – though such woodlands once covered all of northern Europe. Originally preserved as a royal hunting ground, Białowieża became Poland’s first national park in 1932. The forest appeared on the UNESCO World Heritage list in 1979. In 2004, when Poland joined the EU, it joined the Natura 2000 Special Conservation Areas. Thanks to its unperturbed state, Białowieża supports biodiversity that has long been lost in other parts of Europe, including a population of the iconic European bison.

Since 2014, the UNESCO protection includes the entire forested area of Białowieża Forest, Polish and Belarusian (3085km2, including buffer zone). The Polish side is managed by two institutions: 17% is National Park (105km2) under strict protection, with entry only permitted with a guide; the remaining 83% is managed by Lasy Państwowe (LP, State Forests), where some logging occurs under strict quotas and within certain areas.

In March 2016, when the LP logging quota for 2012-21 was all but prematurely reached, Jan Szyszko, Polish Minister for Environment, tripled the limit, claiming (contrary to scientific evidence) that logging was a necessary measure against an infestation of bark beetle. Szyszko also permitted logging within old-growth tree-stands, where trees have an average age of over 100 years. Since this spring, logging with harvesters, which can fell a tree in minutes and cause huge disruption to the forest floor, began in Białowieża.

Białowieża has become another point of conflict between Poland’s conservative government and the EU. Poland has been urged by UNESCO, the European Commission, and most recently, on 11th September, the European Court of Justice (ECJ), to immediately halt all logging in Białowieża Forest. Despite these official warnings, the logging has continued at the same pace, now under the pretence of “public safety”. Poland’s ongoing refusal to obey the ECJ ruling to halt logging is the first case in history of a member state ignoring the highest court of the EU.

In response to the alarming rate of deforestation, an independent group, Obóź dla Puszczy (Camp for the Forest) formed in May to take action to defend Białowieża Forest. Its members are not only ecologists but people representing all backgrounds, frustrated by the government decisions. Obóź advocates for the whole forest to become a national park. Obóź is undertaking non-violent actions of resistance and promoting education about the case of the forest.

Obóź dla Puszczy is organising Weekend dla Puszczy across Poland’s major cities to spread knowledge about the deforestation and raise funds for their continued protest. The funds will go towards the running of the camp as well as assisting with the legal fees incurred by the activists.

The weekend’s itinerary includes a discussion panel* (featuring a biologist, an activist, a state forester, and a Białowieża local), yoga sessions, food, a walking tour*, a film session, and concerts. All events run on a pay-as-you-feel basis, with donations going directly to Obóź. An information-point will run all weekend at the Kazimierz venue Ogniwo, with members of Obóź available to speak to the public.

You can find the full schedule here.

* In Polish language only, sorry!