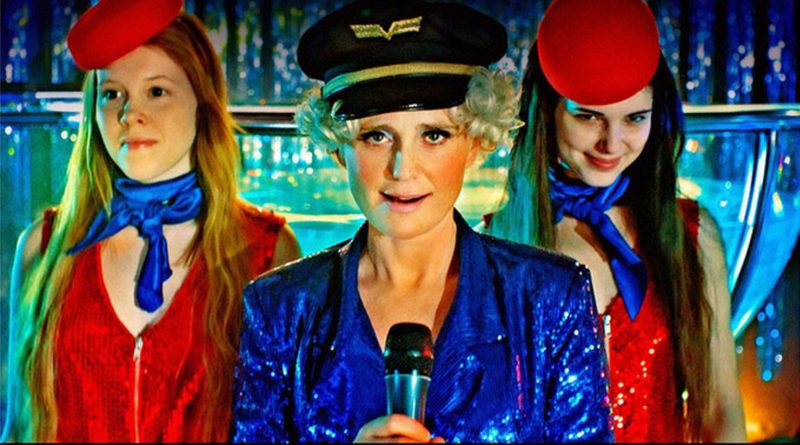 Take the symbol of Warsaw, strip her attributes off except for the tail, and place one mermaid – actually two – in a “dancing”, one of those Communist-era night club where clients could also have dinner: Agnieszka Smoczynska’s The Lure (Corki Dancingu, 2015) could have been a memorable sleeper, if it were not for the fact that last year this daring hybrid horror musical won kudos at Sundance before getting a theatrical release overseas.

Polish cinema will probably have to wait years before the release of another movie so profusely adorned with sequins. Eventually, the glittering cinematic wrapper in which Smoczynska has covered her vampire-esque and cannibalistic ‘coming-of-water’ tale of two mermaid sisters is a mitigating circumstance for the lopsided but inventive screenplay penned by Robert Bolesto (Hardkore Disko, The Last Family). Despite a reference to orifices borrowed from fish anatomy in one of the scenes from Smoczynska’s debut feature film, the sexuality of the young mermaids, whose tails have to be continuously aroused with water not to turn into human limbs, is toned down thanks to the opaque skin-coloured tights wore by the two aquatic creatures.

The Lure stands also as a cinematic act of love towards Poland’s capital city in the 1980s with its sparkling neon signs, lighthearted nightlife, and ability to knock back gallons of vodka in its best days. Any story would do with such an enticing and varied repertoire of songs, as long as the sequins and scales from the fish tails of Silver (Marta Mazurek) and Gold (Michalina Olszanska), are shining on the big screen.