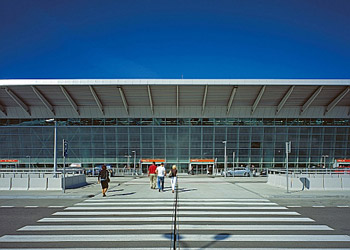 While maintenance is a regular part of operating an airport, closing a major hub for renovations is almost unheard of. But this could be the situation for Warsaw’s Okęcie Airport in September.

The airport’s representatives have designated three consecutive weekends in September for repairs: 4-5, 11-12 and 18-19. The intersection of two major runways has to be repaired, requiring the pouring of thousands of square metres of concrete. During this time, the airport would be completely closed to all flights. Polish airline LOT has denounced the plan, as they would have to cancel all of their flights for those periods. LOT spokesman Andrzej Kozłowski told reporters that he has “never heard of the complete shutdown of an airport for renovation,” adding, “We hope this isn’t a final decision”.

This move would affect travellers not just to and from Warsaw but throughout the country, as the airport is Poland’s largest and busiest. An estimated 170,000 passengers could be affected. Budget airlines such as WizzAir are already making plans to adjust if the airport does close in September.