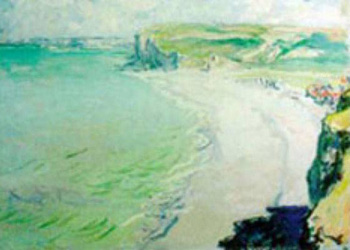 In September 2000, one of French impressionist Claude Monet’s lesser-known paintings, Beach At Pourville, was cut from its frame in the National Museum in Poznan and replaced with a copy. The 1882 oil painting was the only Monet on public display in Poland.

But on Tuesday, police recovered the painting and arrested their prime suspect in the case. The painting was returned to the National Museum for authentication, and has been reported as being in good condition, with no visible damage.

A 41-year-old man identified as Robert Z. confessed to the theft, and is in police custody after bring arrested in Olkusz. The painting is valued at $1 million.