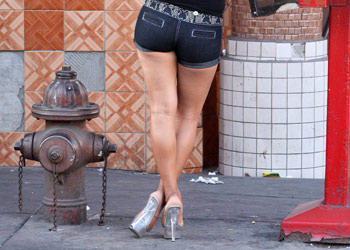 The Office of Fiscal Control (UKS) in Katowice has fined a woman 2.3 million złoty, or about $820,000, for tax evasion. The woman admitted to having worked as a prostitute while being listed as unemployed. The fine is part of a larger crackdown on tax evasion in the city, and the authorities have started to track people who report meagre incomes yet are spending millions. The woman, who spent more than 13 million złoty in five years, is the biggest catch so far.

According to Gazeta Wyborcza, the unnamed woman earned at least 13.7 million złoty, which was not taxed at the time. According to her, one particularly generous client paid her five million złoty in a five-year period.