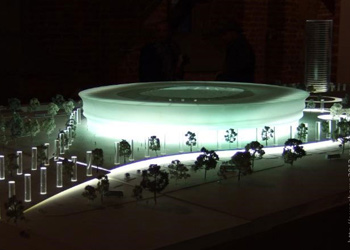 Continued delays in the construction of the Olympic Stadium in Wrocław may result in that city losing its status as host city during the European Football Championships in 2012. Krakow, which is on the UEFA reserve list for the Euro, has already been preparing to take its place.

On 30 December, Wrocław authorities terminated their contract with Polish company Mostostal, which has been constructing the Olympic Stadium since April 2009. The company had fallen weeks behind schedule.

This Wednesday, Wrocław’s mayor, Rafał Dutkiewicz, announced that the company will leave the stadium site within the next two months, though he assured the public that the stadium will be ready for the Euro tournament. The city government is planning to select a new contractor before the end of January.

However, the change in contractors may cause months of additional delays, which could result in Wrocław losing the Euro altogether. In that case, reserve city Krakow would be the first choice as a replacement, and the city has already begun preparations for the tournament.