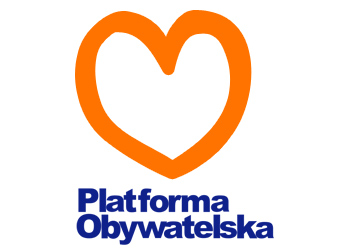 Karen Sunde once said: “To love is to receive a glimpse of heaven”. Some of Poland’s politicians were so determined to change this soil into a heaven flowing with milk and honey that they decided to implement a new strategy in their policy. In a process akin to the plot of the most popular Polish soap operas, they decided to love everyone – without exception.

In the shadow of this cocktail of terms of endearment, hypocrisy can thrive without limits and become an acceptable tool for achieving the government’s goals. This so-called new policy is nothing but a deliberate and well-thought-out ploy. When I hear about love and brotherhood in politics it immediately reminds me of Orwell’s world, and all of the totalitarian rhetoric eagerly introduced in places famous for being as far away from democratic standards as the distance between Norway and Zimbabwe.

The triumphal victory of PO (The Civic Platform) in the latest elections was supposed to be followed by a basic reconstruction of the state, making it friendlier for citizens, complemented by a refreshing of the political atmosphere after years of dogged contention and hysteria. PO leader Donald Tusk’s campaign was based on speaking and screaming at the top of his lungs for a crucial reform of government in the spirit of love and peace, so that people could feel this perfect harmony in their daily lives. His words were so romantic and optimistic that you expected more than half of Poland’s voters to be bursting with tears of adoration and happiness in front of the ballot-box: “It is love, not power, which is in fact the most important thing in life”. These tactics generated huge crowds of an enthusiastic electorate and produced a bubble of good press surrounding the Tusk campaign. In contrast to the hyper-aggressive Kaczyński brothers’ formation, PiS (Law and Justice), which was ridiculed for a series of gaffes, Civic Platform was enthusiastically depicted by mainstream media as a prudent alternative, bringing back the longed-for “normality” to public life.

Surprisingly, the elections changed all but nothing in the political climate. Actually, the so-called Polish political theatre erupted into the most vicious struggle so far. It is still dominating the front pages and TV news in a series of talking points, and there is little to show that the storm is going to abate soon. Now the Polish parliament sometimes resembles a fighting cage, where the only purpose is to annihilate your enemy.

Ironically, it seems that the “love” trademark is intended to give Tusk’s formation a firm focus, one mostly fixed on attacking the opposition. In order to surprise their opponents, one PO member, the enfant terrible of his formation, came up with the idea of appearing in front of millions of TV viewers with an artificial penis and a pistol, presenting them as the emblems of his adversaries from PiS.

Nevertheless, the love strategy has become a wonderful selling product and the skilfully shaped image of Civic Platform still contributes to its political success. In this context, support from the gay community can be treated like a litmus test of the liberal point of view, and even though PO has done little if anything for gay rights, it has even stronger support among the LGBT community than the left wing parties do. It is illustrative that Donald Tusk hasn’t performed any actions in order to win the loyalty of sexual minorities, but PO eagerly introduces itself as gay friendly.

If you look closer at this schizophrenic mentality, you can notice that it is nothing else but camouflaged hostility. This smokescreen can confuse most of the public and cover up the true intent of Donald Tusk’s language. Politicians from Civic Platform have participated in vicious and often infantile bouts of name-calling recently, and they seem to have forgotten about a quality I fear too many in this country lack and which seems to be the most sought-after in politics: respect. Regardless of what one thinks of the individual, the presidential office doesn’t need “love” but indisputably deserves some respect.

However, I have recently heard about Prime Minister Donald Tusk in a move of marketing genius announcing his war against PiS. Finally, a bold move instead of a sucker punch covered up with poetic metaphors.

It is a truism to say that Poland needs a fresh wind. After drifting for nearly half a century in a communistic “paradise”, both public life and the Polish mentality are heavily soaked with pessimism and gloominess. Therefore, this became the basis for the victory of the party promising miracles, calling for such notions as happiness and a new positive perspective for solving the most demanding problems within society. The last two could become more than empty words if there were to be a truly good will behind them, however. If not, it transforms into just another cheap trick, keeping everybody from thinking about the real problems. And the only thing left to do, I’m afraid, will be to sing along with Leonard Cohen again: “Everybody knows that the boat is leaking, everybody knows that the captain lied…”