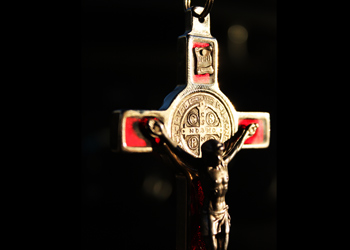 The verdict by the European Tribunal of Human Rights enacted on 3 November in Strasbourg, which claims that hanging crosses in classrooms infringes on religious liberty, made waves in European countries such as Poland, Italy, Spain and Portugal. “Hanging crosses in a classroom breaches parents’ rights to bring up their children according to their views and hinders the religious freedom of the students themselves,” was the response of the tribunal to charges of Soile Lautsi Albertin, an Italian citizen, who had been fighting for six years for the removal of crosses from the school her children attend.

The ruling was followed by an incident in one of the best secondary schools in Poland, High School XIV in Wrocław, where on 30 November a group of students submitted a letter to the headmaster demanding the removal of religious symbols from classrooms since they infringed on their liberty of conscience. After having discussed the issue during an ethics class, three students wrote: “We see the placing of religious symbols in public institutions as a sign of favouring a specific philosophy of life by the school.”

The petition brought about a heated discussion among the teachers, later prompting stormy national polemics. At the beginning, the headmaster Marek Łaźniak said that crosses should only be placed in classrooms where religion lessons take place, but changed the ruling after receiving hundreds of e-mails from conservative and Catholic circles with an appeal not to fulfil the students’ demands. “Today I know that the ordinance of the Minister of Education from 1992 concerning teaching religion at school still obliges us. According to this, crosses can hang in classrooms,” he said, justifying his decision.

It is worth mentioning that the issue was not discussed at school until the Strasbourg decision, and while it was criticised severely by both the representatives of the government and the Church, it was approved by the mass media. During Independence Day, on 11 November, President Lech Kaczyński said outright: “Nobody in Poland will acknowledge that one cannot hang crosses at schools,” whereas Cardinal Stanisław Dziwisz, Archbishop of Krakow, defined the entire verdict as “incomprehensible and awakening apprehension when it comes to religious liberty in Europe”.

There are many voices in favour of removing religious symbols, such as that of Dr. Paweł Rudnicki, a pedagogue and political scientist, who sees the students’ deed as “a really significant manifestation of their civil commitment to recovering the secular dimension of Polish schools”. For Michał Syska, vice president of the Social Democratic Party, “a lack of any symbols at school is a sign of compromise,” and it is up to state institutions to treat people of different denominations equally. According to opponents, crosses pose a problem when they are placed in public spaces.

However, there are objections much stronger than these, as represented by Joanna Senyszyn, a member of the European Parliament, who is waging a fierce battle against Christian symbols in Polish schools. She has asked the Minister of National Education to issue an order to remove the crosses. “The fact that they are hanging is not in accordance with the Polish constitution,” she claims.

This argument seems rather far-fetched as the actual document states: “Public authorities of the Republic of Poland must remain impartial when it comes to religious and philosophical convictions, ensuring the liberty of expressing them in public life.” Moreover, as Elżbieta Radziszewska, government plenipotentiary for equal treatment says, we should look on the Strasbourg verdict from a distance, “since it does not concern Poland, therefore Poland does not have to take part in the discussion”. In fact, the Polish legal system does not have a regulation that orders crosses to be hung, therefore a law which demands their removal is ungrounded.

Many defenders of the hanging of crosses think that faith is a personal matter and that the symbol is not solely religious in character, but a part of Polish history, tradition, heritage and culture. It played a significant role during communist times as a sign of resistance to the then-imposed symbols.

On 3 December the Sejm adopted a resolution in defence of the hanging of crosses, defining the act as “not only a religious symbol and a sign of God’s love of the people” but also as a tool for “building respect for the dignity of every human and their rights” and “referring to the liberation tradition of the First Republic of Poland”.

The whole ideological argument and its exposure has raised some questions in the Polish media, such as whether the issue has been exaggerated, since the majority of people seem to have more serious problems. As one of the secondary school students stated, “even if someone is not a believing Catholic, it should not disturb them if a cross hangs in the classroom,” and argued that there is a difference between hanging crosses and forcing somebody to worship them. However, it’s safe to say that this matter will be widely debated in and out of Polish classrooms for some time to come.