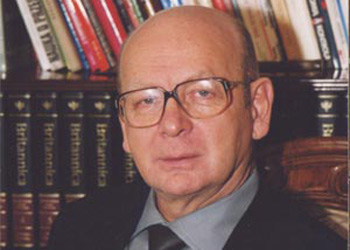 In a textbook case of irony, Dr. Janusz Kochanowski has been recently diagnosed with the very disease for which he was petitioning for a vaccine. The Polish human rights ombudsman has led a campaign against the government that began in early December, when Poland became the only EU member to refuse to order the A/H1N1, or swine flu, vaccine.

Commissioner for Civil Rights Protection Kochanowski threatened Health Minister Ewa Kopacz with prosecution unless she moved to place orders for the vaccine against swine flu. However, Kopacz, a doctor, has argued that the vaccine carries side affects which may outweigh its benefits, and has publicly stated that she will not act until the vaccine’s makers accept responsibility for any side effects their product may have.

Because the WHO has declared the disease a pandemic, pharmaceutical companies are not required to accept responsibility for their vaccine’s side effects. Dr. Kopacz feels that there has been too little time for thorough research and not enough clinical trials have been carried out, and that the treatment may therefore be unsafe.

As head of the country’s human rights office, Dr. Kochanowski feels that filing charges may be his only resort. In a recent Tok FM interview, Kochanowski asked, “What is the ombudsman supposed to do when he is powerless and ignored?” He has even suggested that Poles should travel to other European countries to get vaccinated.

Kochanowski is recovering from the illness, and commented on his predicament on 27 December on his Twitter: “When there is no vaccine or plan to combat the epidemic, everything, as always, rests on the shoulders of doctors and depends on their dedication.”

So far, about 2000 people have been infected with swine flu in Poland, and 109 have died, a death rate of about five percent. However, these numbers are small when compared with the numbers infected and killed by ordinary influenza every year.

Kochanowski’s plea for prosecution has not yet been carried out.