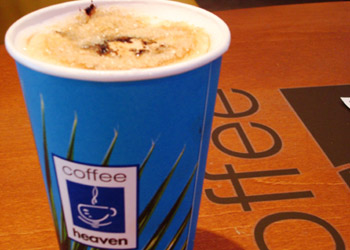 Whitbread, owner of the Costa Coffee chain, is preparing to buy Polish coffeeshop chain Coffeeheaven International. According to the Financial Times report, Costa is looking to acquire Coffeeheaven for £32m, or 24p per share.

The Costa group said it is in “advanced discussions” with the owners of Coffeeheaven. There are currently 14 franchised Costa shops in Poland. Coffeeheaven currently has 92 outlets, with about 60 in Poland and the rest in various locations across the Czech Republic, Latvia, Hungary and Bulgaria. However, it reported a loss of £185,000 in September 2009, which the company attributed to poor sales in the Czech Republic as a result of the financial crisis.

Acquiring Coffeeheaven would be part of Costa Coffee’s planned expansion into Central and Eastern Europe, and it would also be Whitbread’s first acquisition for the coffee company. In addition to Costa Coffee, Whitbread is also the owner of the Premier Inn budget hotel chain amongst other investments in its portfolio.