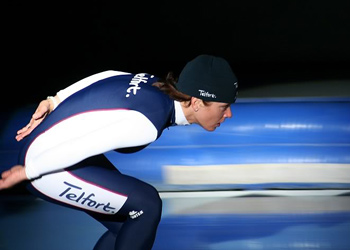 In 2006, Polish speed skater Katrzyna Wójcicka (now Katarzyna Bachleda-Curuś) turned down an offer of 50,000 euro from the Dutch speed skating association, through unofficial channels, in order to secure a starting place for long distance skater Gretha Smit in her favourite distance, the 5,000 metres, for which she failed to qualify.

Gretha Smit was first in line of the reserves to step in, if one of the other competitors was injured, or otherwise incapable of participating on the longest distance for women at the 2006 Olympics.

The number of entries in the 5,000 m was determined by performances at the 3,000 m. Because Dutch skater Monique Kleinsman was too slow, The Netherlands lost a slot on the longest distance. But the other two Dutch women directly qualified and refused to step down in favour of “golden favourite” Gretha Smit. This caused great tensions in the Dutch camp; some did not want to bend the rules, some believed the almost certain medal for Smit was of great importance for The Netherlands as a sporting nation. Because Ingrid Paul, coach of Smit, was so convinced of her pupil’s chances, she got a bit too carried away, according to Katrzyna Bachleda-Curuś.

“First Gretha Smit herself approached me, but when she spoke the word ‘money’ I interrupted her: ‘No way, even if I finish last, I want to participate in that race’. Gretha Smit backed down after that, but coach Ingrid Paul made a second attempt. Now, she specifically offered me 50,000 euro and a car. That was quite an offer, but I refused again.”

Netherlands: “We only did regular check”

“We never offered anybody any money. We just did a regular check, that’s all”, Ingrid Paul replied. “I think it’s kind of silly that Bachleda-Curuś brought this up so long after the 2006 Olympics.” Paul is now one of the coaches of the female skaters of Canada, while Gretha Smit just announced her immediate retirement from the sport.

Smit herself also does not recall any inappropriate proposals to any of her fellow competitors: “We discussed it internally and asked coach Gerard Kemkers (coach of Renate Groenewold – Dutch skaters have individual coaches) if his pupil would make way, as she and Clarien Kleijbeuker had no fair chance of a medal under normal circumstances. That sparkled quite a heated and emotional discussion.” In the end, Smit did not start and thus remained inactive at the 2006 Winter Olympics in Turin.

The statements by both camps will be investigated by the speed skating associations of both Poland and The Netherlands and by the International Skating Union (ISU). On the Dutch side the chairman of the Speed Skating Association (KNSB), Doekle Terpstra, and the chairman of The Netherlands Olympic Committee (NOC-NSF), Erika Terpstra, released an official statement: “It is in the interest of the entire Netherlands Olympic movement that the truth will be known to all as soon as possible. We will provide full cooperation to the investigation committee.” The ISU remains neutral: “We need more information”. Bachleda-Curuś doesn’t want anybody punished: “In the end, nothing happened, and now that Gretha Smit has retired, I thought it was safe to answer questions honestly”. For Ingrid Paul, who is still active as coach, a possible suspension looms: “I don’t want to return to the 2006 Olympics; all is said and done”.