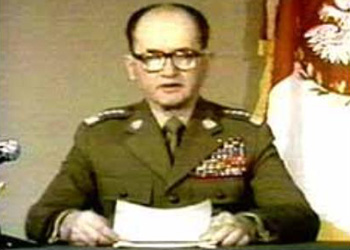 The Institute of National Remembrance (IPN) has published a memo on its website which shows that Poland’s last communist leader, General Wojciech Jaruzelski, asked for Soviet troops to invade Poland in order to crush the Solidarity movement in 1981.

The memo is attributed to Soviet General Viktor Kulikov, who quotes Jaruzelski: “It could get worse. The workers could come out of their plants, take over the party committees. If it spreads across the county then you will have to help us. We would not manage alone.” The memo is dated 9 December 1981, four days before Jaruzelski declared martial law.

If true, the memo contradicts Jaruzelski’s claims that he declared martial law in order to prevent a Soviet invasion. The now 86-year-old general has always maintained this as his reason for declaring martial law, telling a court last year, “Martial law was evil, but it was a far lesser evil than what would have happened without it.”

Former Solidarity leader Lech Wałęsa stated that if the claims are verified, Jaruzelski should stand trial for treason.

The information was discovered by Polish historian Antoni Dudek.